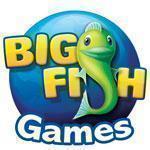 It’s no secret that most of us here at Gamezebo are big fans of Big Fish and their cloud-gaming service, Big Fish Unlimited. And what with their established brand of high-quality games and immense catalogue of casual titles, who could blame us? But now Big Fish has given another reason for casual PC gamers to jump on board in 2013: Big Fish Unlimited is coming to Microsoft’s Windows 8 platform.

Will O’Brien, Vice President and General Manager of Cloud Gaming at Big Fish had this to say about the exciting new announcement:

So what does this new partnership mean for Big Fish Unlimitedsubscribers and Microsoft users? Well for starters, it means instant streaming access to all of Unlimited’s many titles on any Microsoft tablet or PC that supports Windows 8. The service will also sync your game progress on remote servers, so players can seamlessly pick up where they left off across multiple devices. But perhaps the most exciting feature here is that the new pairing will allow players to connect their Big Fish Unlimited accounts with their Xbox LIVE gamertags, and earn Xbox achievements on the go. This could be huge for achievement junkies like me, and a further threat to whatever is left of my social life.

With over 150 games on the service today, and more being added each week, Big Fish Unlimited has already proven itself to be a powerhouse in the cloud-gaming industry. And Big Fish shows no signs of slowing down either, with Mac, smartphone, connected TV, and other platform support of Big Fish Unlimited planned for the rest of 2013.