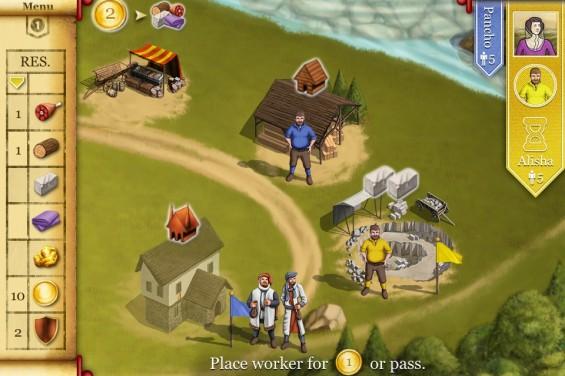 Board games have become big business on the App Store – and I’m not just talking Monopoly here folks. The niche board gaming market has exploded on touch screens in recent years, with everything from big names like Carcassonne and Catan to obscure gems like Food Fight and Timeline. And Big Daddy’s Creations might just know this market better than anyone else.

Over the last few years the company has spearheaded a few of iOS’s best adaptations, starting with Neuroshima Hex back in 2010 and most recently adapting the award-winning Caylus. We recently had a chance to sit down with Big Daddy’s Lukasz Lazarecki to talk a bit about their successes so far, what’s next, and why they think board games work so well on touch screen devices.

With four board game adaptations under your belt, you’ve had a chance to see how the digital audience is ready to treat the previously niche world of board games. How has the reception to your titles been so far?

From what we have seen so far it looks like the more complex titles get more attention from players. Complex games like Caylus or Neuroshima Hex sold much better than Army of Frogs, which is a more casual kind of game. That’s why we’ve decided to put only more complex titles on or to-do list for this year, like Eclipse or Stronghold. Zombiaki is also not trivial game, but there’s a lot of tactical play there and (as you may probably expect), zombies 🙂

When adapting a title, how closely do you work with the original publisher or designer to make sure things are just right?

As close as we can, and of course as close as the author wants. But in practice, things are different with every game, so there’s no strict way of doing things here. We always try to solve all rule problems with the author as well as present our idea of the new looks and explain how we see their game on iOS. We also prepare early development builds and present them to authors, so they can see how the work progresses.

Your most recent release was Caylus, a game that has remained high on the BoardGameGeek Top 100 for quite some time now. Were you at all worried about how well your adaptation of such a critically-acclaimed title might go over with existing fans?

I wouldn’t say we were worried. We were aware that Caylus has a huge fan base, and more happy about that then worried how well we will do. But we tried to keep as much from the original as possible, like the main road concept which is used to show how the game progresses, but change as much as needed to make it more attractive for people who don’t know the original. I think we did a pretty good job here -the game look gorgeous and (with few minor exceptions) everybody who played the original Caylus board game will quickly get used to the iOS version.

Back in September, you announced three new board game adaptations for 2012; Eclipse, Stronghold, and Zombiaki. Can you tell us a little about those? And how are these projects coming along?

Sure. Eclipse is a space empire building game for up to 6 players. There’s much theme there, a lot of strategy and tactics, many different ways to achieve victory, seven races you can play with, etc – it has everything a heavy space game should have. But next to all those things is a really simple to learn and elegant mechanics that feels almost natural if you’ve ever played any other game in your life. 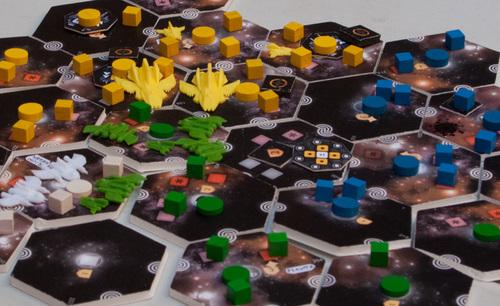 Stronghold is a game about defending a… well, a stronghold. So (of course depending on the side you take) you have limited resources, limited number of men, and you need to face an almost infinite number of attackers storming your gates at every turn. What’s really cool about Stronghold is that you don’t fight for victory. It’s more than certain that sooner or later the attacker will break through your walls and win. What you do fight for is glory. You try to defend for as long as possible and you try to be remembered as the bravest, the most heroic leader of all times.

Zombiaki was originally a card game where one player takes the side of limitless number of zombies and the other commands a small group of survivors who try to make it until the dawn and not get eaten by zombies. Gameplay is totally asymmetric, and every side has different actions and needs to play using different strategies to win.

Of course, what we want to do with all these titles is to transform them into video games, which should be most apparent with Zombiaki. But I won’t give you any details here. You need to wait a bit, but I guarantee you won’t be disappointed 🙂

In addition to yourself, there are a few notable developers churning out great board game adaptations for mobile devices. Have any other developers impressed you? Are there any other adaptations on the market that have stood out as particularly great in your eyes?

I think I can name two that are really well made, highly polished games which set the current standards of board game adaptations. The first one is Carcassonne. The game itself may be a bit too simple for experienced gamers, but the implementation is really something that should appeal to almost everybody. It has a great look and almost all of the features anybody can think of. It’s a bit expensive, but Carcassonne is a widely known brand, so price may not be a problem here.

The other title is Ticket to Ride. I’m not a huge fan of the game, but I’m a huge fan of everything else about this game. 🙂 I think one has to see it to know what I mean. What’s great is how this game introduces you to its world; the menu looking like an old school train station, the conductor talking to you, waiter in the restaurant where you can play online. It’s really an amazing experience. 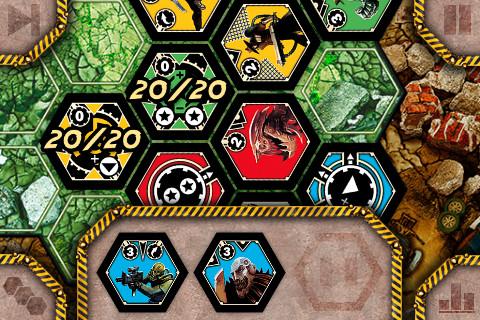 Why do you think board game adaptations have been so successful on touch screen devices?

Well, in my opinion everybody who has ever played a board game (or strategic game) on such a device knows the answer. It’s simply the most natural experience such games can deliver. It’s super easy and super intuitive to do almost anything in such games, like placing workers in Caylus or tiles in Neuroshima Hex. I think that interaction with a multitouch screen is something we haven’t been able to experience so far, and it adds a whole different aspect to playing strategy games.

And on the other hand, devices like the iPad or iPhone are not the most convenient way to play other kinds of games, so again, board games feel like the best choice for this platform.

I think we did/plan to do a fair amount of great and successful board games so far, so I can’t really complain 🙂 Of course, making a title like Carcassonne – a worldwide commercial success – would be great for our company, but it’s not something we dream of all the time. We’re pretty happy with what we have done so far and we don’t have any particular desires other than the ones published with our road map. There’s also a few other titles planned that we haven’t made public yet, so honestly, there’s nothing more we could want at this time 🙂

Are there any board games that you’re playing for fun right now in the Big Daddy’s Creations offices?

The dark side of making games is you won’t have too much time to play games. That’s the fact. So we’ve recently only played Stronghold and Eclipse. I know, it’s sad, but hey – making games is even more fun, so don’t feel sorry for us. We have the best jobs we could ever dream of 🙂