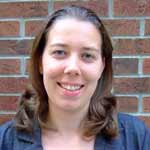 Chock it up to growing pains – maybe. Some great games have come out over the past couple of weeks, but at the same time, it seems like Gamezebo’s writers have handed out more sub-par scores than we have in the entire history of the site. And trust us, that’s not because we’ve just arbitrarily decided to get tougher on games. It’s because so many of the new games being released are just not up to the standards we’ve come to expect.

Hidden object games are by far the hottest thing around these days (sorry to all you time management and match-three fans), and recently it has seemed like almost every day there’s a new hidden object game being released on some portal or another. If you love the genre (like we do), this is great news – but you may have also noticed that not all of the hidden object games released lately are created equal.

In fact, some of them seemed, to put it bluntly, half-finished – like they were rushed to market. While we understand that casual game budgets are small, and we don’t expect the kind of lavish, cutting-edge production values that some of the multi-million-dollar games in the hardcore industry display, nevertheless we expect game-makers to at least be able to hit the basics: