Bethesda takes a stylized swing at free-to-play with Battlecry 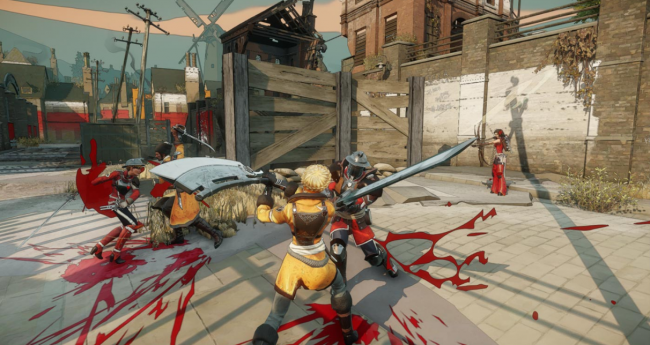 Over the past two years, Battlecry Studios has created quite the buzz around itself. The Bethesda-backed development studio has collected a number of prominent industry figures, notably Star Wars: The Old Republic’s executive producer, Rich Vogel as the studio’s president. Speculation arose as to the type of game Battlecry Studios would be working on when job offers were listed online, but for two years nothing official was announced —until yesterday.

Attempting to precede the E3 hype, Battlecry Studios revealed Battlecry, a free-to-play multiplayer third-person action game where players pick a side in the struggle between the Cossacks and the Royal Marines in a warped historical reality.

Around the turn of the 20th Century, a world war took place that wrought so much destruction that the Black Powder Treaty was signed by the only two remaining factions. The treaty outlawed gunpowder, and required the use of designated warzones for future conflict resolution.

Battlecry promises to stuff these warzones with up to 32 players ready to stab, slash, shoot (with arrows), and slug their way to victory. Five player classes are planned, with the potential for more to be added down the road.

With an overarching, persistent, game mode planned that will reward players for participating in weekly “global” events, as well as rewarding players for participating in individual battles with Iron (the in-game currency), Battlecry will allow players to spend those rewards on character skills, upgrades, and skins. Undoubtedly, because Battlecry is free-to-play, purchasable options will be available allowing players to bypass the grind.

Battlecry will be playable at E3, and a public Beta test is expected sometime in 2015.