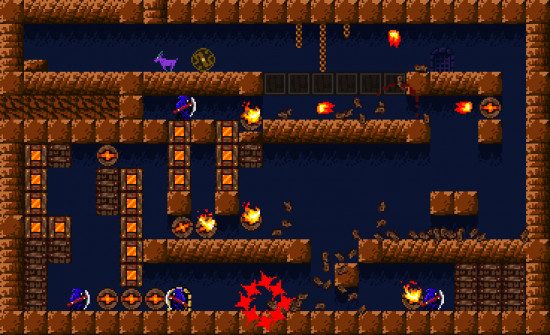 It’s been an amazing year for nearly all genres, but few have fared quite so well as the humble platformer. I wouldn’t go so far as to say it’s been the best year ever for them, although that’s mostly because Super Mario World was released back in 1990. How could you possibly compete with that?

Okay, now I’m just being unfair. Some of the games on this list took platformers to new and interesting places, whereas others adhered to and in some ways refined many of the tried-and-true concepts of the genre. Whether you’re a no-nonsense purist or in the market for something a little more offbeat, this year certainly had you covered.

As the name makes no attempt to hide, the protagonist of Escape Goat is, in fact, a goat. And it only gets weirder from there. You’re accompanied by a mouse, and the main objective in the game is to wake up all of the sleeping sheep in a dungeon and eventually escape. It kind of sounds like the plot of a Disney movie, albeit a very strange one.

In any case, this strange framework paves the way for some very compelling platforming and puzzles. It’s the kind of game that lulls you into a sense of confidence and then starts throwing a bunch of difficult puzzles your way. It isn’t for the easily frustrated, but it’s borderline game of the year material for the rest of us. 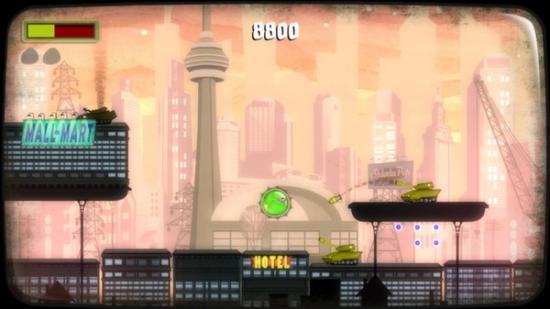 At its core, Tales From Space: Mutant Blobs Attack is a game about eating stuff and getting really big. But from that humble concept come myriad intricacies and quirks. There are metals you can attract yourself to, rockets you can swallow and subsequently control, and even the ability to move platforms with your mind.

All of these mechanics work in tandem to create one heck of a puzzle-platformer, but the game doesn’t rest on the laurels of its solid gameplay. No, it infuses the whole experience with a healthy dose of charm and personality, proving that a third dimension isn’t required for a game to be endearing. 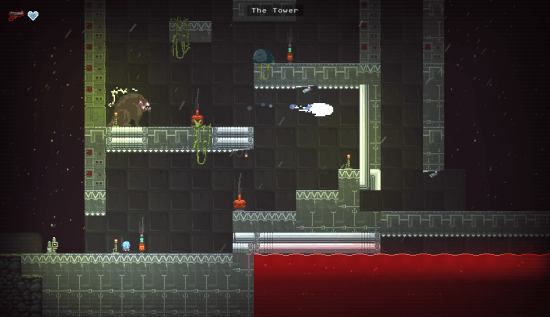 “Retro platformer” has become a bit of a cliché, hasn’t it? The notion of developing a game based on the hits of yesteryear had a certain novelty to it at first, but that novelty has since faded. As such, a game can no longer rely on vintage graphics as a major selling point. It requires satisfying gameplay, clever level design and, if we’re lucky, something extra to make it all the more unique.

As it so happens, Out There Somewhere fulfills all of those conditions. It doesn’t rely on nostalgia to get by, betting instead on its gameplay and clever utilization of a portal gun. Now before you say anything, the gun is actually put to good use here, thanks largely to the game’s solid puzzle design.

Whether you’re pining for the good old days or not, chances are you’ll have a ton of fun with Out There Somewhere. 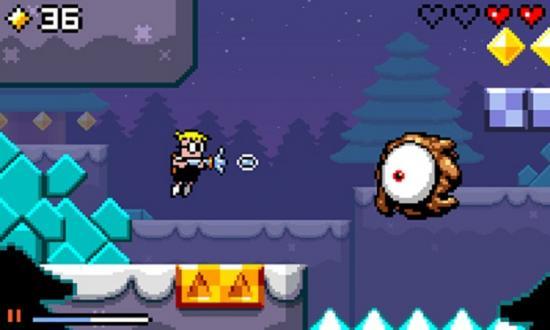 Complex mechanics and narrative be damned: sometimes it’s nice to play a game that trims all the fat and offers up pure fun instead. Mutant Mudds is just such a game, inviting players into a 16-bit world filled with vibrant backdrops, malevolent mud, and stupid hard platforming.

Mind you, we’re not just blowing smoke when we say the game is hard. It takes three hits in a level to die, at which point you’re warped back to the beginning of it. That wouldn’t be so bad, if not for the many tricky jumps and devious enemies you have to deal with in each one. It’s a game that dares to be difficult, and we love it for that. 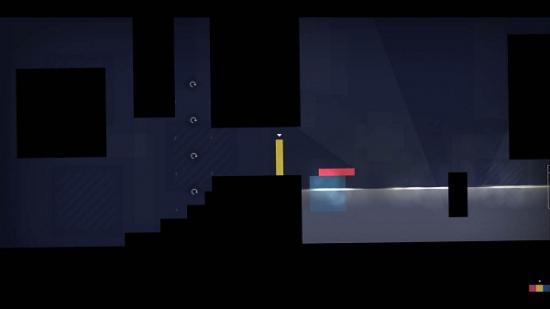 This is one of those rare occurrences where the less you know about a game, the better. But then again, we’re not going to just declare a game the best platformer of the year and say nothing!

Thomas Was Alone is in many ways a simple game. Its characters are blocks, its visuals about as minimalistic as you can get. And yet, you can’t help but get sucked in by the experience. The level design is brilliant, as are the puzzles you encounter throughout the game. But the story—believe it or not—is the true heart of Thomas Was Alone.  You may be playing as a bunch of blocks, but you’ll quickly find yourself endeared by their personalities, and ultimately hoping that it all works out for them in the end.

And at the risk of sounding too sentimental, the ending is truly something special.