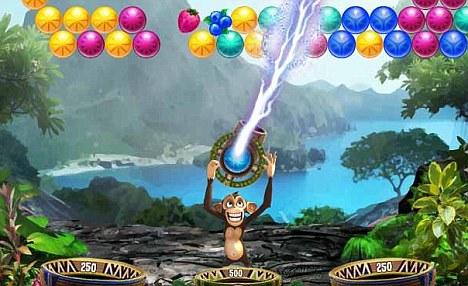 They say two’s company, but three’s a crowd. I suppose that if you’re talking about match-3, there’s some truth to that statement.  After all, what genre is more crowded than that?  For every AAA title out there, there are dozens upon dozens of match-3 games.  They’re like locusts.  Fun, color-matching, gem-swapping locusts.

Despite their sheer numbers, some match-3 games manage to rise above the competition and turn out to be brilliant fun.  As we continue our look back at the best of 2012, we take a moment to think about the top match-3 titles we played this year.  Here are our winners;

When most people think of match-3 games, they don’t think of bubble shooters.  But go back far enough, and you’ll see that Puzzle Bobble started the whole thing! In honor of that momentous occasion, we took a look at all of the bubble shooters that came out in 2012 (this is a genre that’s really making quite a comeback) and decided that one stood head and shoulders above the rest to warrant its inclusion on this list: Bubble Safari.

Zynga’s first foray into the bubble-popping genre introduced us to a charming monkey, great level layouts, and a return of the “on fire” mode that first made its debut in the arcade classic NBA Jam.  Worried it might be stepping on some toes? Don’t.  Bubble Safari was created by none other than NBA Jam creator and industry legend Mark Turmell.

Ever since Puzzle Quest, people have been quick to mash-up match-3 games with anything they possibly can.  10000000 is yet another in an endless series of mash-ups, but it’s one that manages to stand up and demand your attention.  Why?  Because your hero marches along the top of the screen engaging in real-time battles, powered only by your ability to make the matches he needs to attack, defend, and evolve. 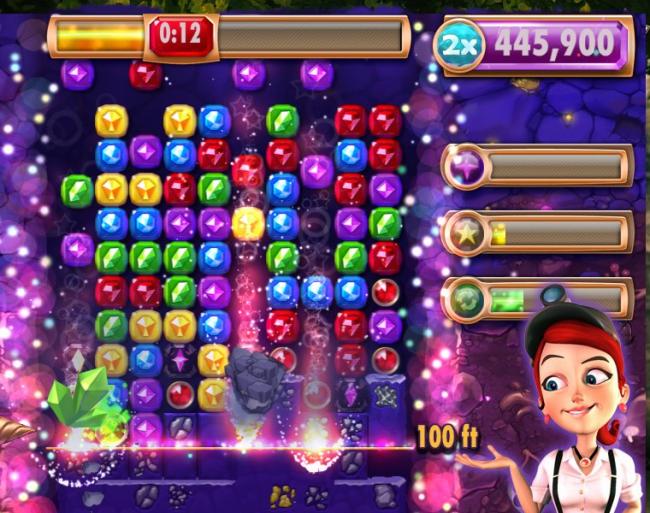 Another Zynga game on the list?  I know what you’re thinking, but let’s face facts: Zynga sees a successful trend and jumps on it hard, and when they do, what they produce is usually counted among the best examples of a genre.  Ruby Blast is clearly their answer to 2011’s hugely popular Diamond Dash by wooga, but it manages to outshine that game in just about every way possible.  With a huge focus on power-ups and a never-ending quest to dig deeper to boost your time, Ruby Blast is the sort of game that will absolutely destroy your free time. 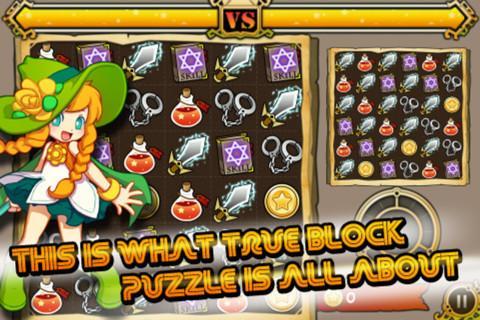 Competitive puzzle games are hard to pull off, which is why when someone does it right we can’t help but stand up and take notice.  Witch Wars by Com2Us takes the combat-style match-3 of games like Dungeon Raid and pits you against live opponents in real time around the world.  You’ll be in a frenzy to make matches to heal, attack, and build up your spell powers, all while your opponents are doing the exact same thing – and you’ll love every minute of it. 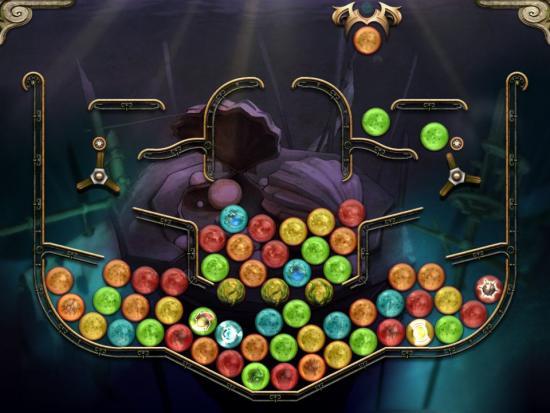 It’s not terribly common that we see a developer try to think outside of the box when it comes to match-3 design.  Every game seems to be a variation on either Bejeweled, Collapse, or Puzzle Quest.  But Atlantis: Pearls of the Deep?  That’s a game made be people who know how to come up with something original.

Using gravity, players will drop colored balls in an attempt to crash them into other like-colored balls – but to succeed, those balls will have to navigate superbly designed levels featuring platforms, wheels, ramps and more.  It’s a wonderfully unique twist on a familiar formula, and an easy pick for our Match-3 Game of the Year. 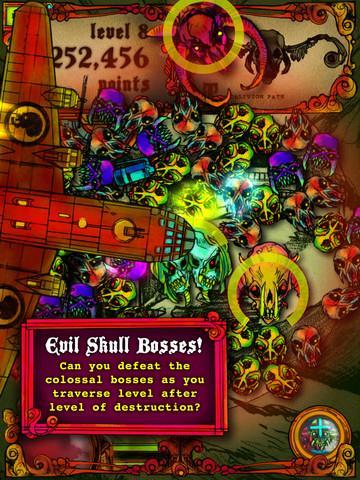 Trying something new is risky business.  Sometimes, like in the case of Atlantis: Pearls of the Deep, it can result in something amazing.  Other times, like Skull Smasher, it can result in something that’s plenty of fun, but still a little flawed.  That said, a little flawed or not, this gem deserves your attention.  Skull Smasher offers match-3 gameplay where the center of gravity is in the middle of the screen.  As you clear matches, physics forces the remaining skulls inwards.  Wrap all that up in an over-the-top heavy metal presentation, and you’ve got the first match-3 game worthy of the Judas Priest seal of approval. (NOTE: Judas Priest does not endorse this game… but Gamezebo does!)

30% off all games at Big Fish today