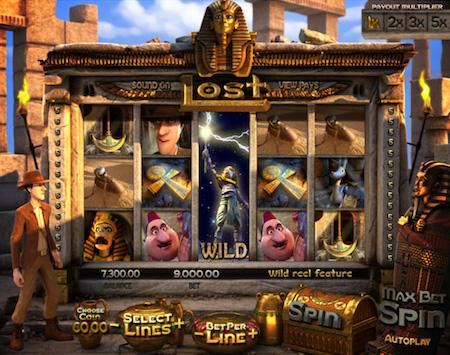 That sound you hear is exactly what the Scorpions told us about back in the 80s: The wind of change. It seems like just a matter of time until players everywhere, including the United States, will be able to gamble for real money on their computers and mobile devices. Video game developers and gaming companies have taken steps to prepare, forming alliances and generally getting themselves in the best possible position to begin taking bets.

With that in mind, you can see the current crop of social and mobile casino games as a stealth invasion force of sorts, trying to get people ready for what’s to come. That doesn’t mean they can’t be good games in their own right, and 2012 saw more than a few that were fun to play, with or without ulterior motives. Here are the ones that the Gamezebo crew liked best.

You’re kind of painting a target on yourself by calling your game Hollywood Slots (now Hollywood Spins). People are going to expect some glitz and glamor, something more than the typical slots experience. Product Madness pulled it off by giving players games with high production values, including some of the best animation you’ll find in a slots title. Some of the machines are ones you’ll find in real money online casinos. Or so I’m told.

It’s true that you won’t find a lot of social features in this game, but let’s be honest: Slots are kind of a solitary activity anyway. Pull up a virtual slots stool and just enjoy the ride. 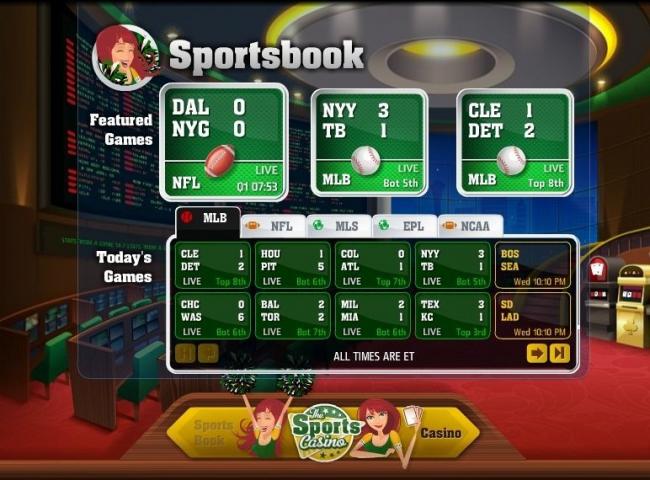 If you want the young, male demographic to play Facebook games, you’re probably not going to lure them in with farming games. You know what might work a little bit better? Sports gambling, even if it’s for play money. Sports Casino not only allows you to place simulated wagers on real sporting events, it’s packed with social features so you can talk smack or just check out what teams other people are backing to win.

You can even place prop bets that update and change while games are in progress, which is the real killer feature. A selection of other casino games to play on the side is just the icing on the cake. Online sports betting in the U.S. is probably further away than becoming legal than any other from of gambling, but if it does, we’ll be able to look back and say this game was a window into the future. 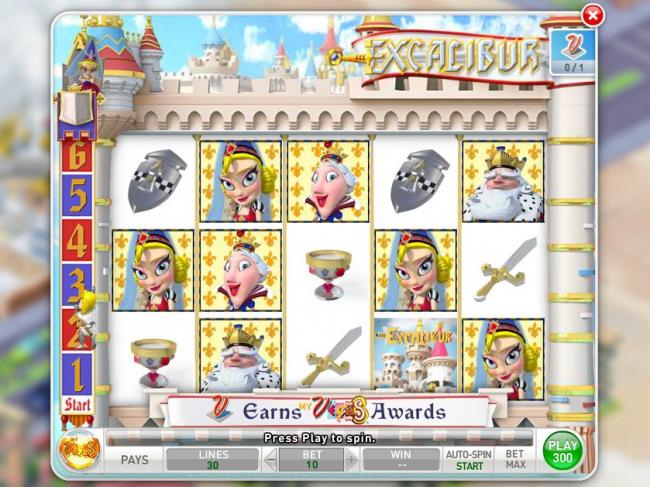 For the past decade or so, casino operators have fought the good fight against online gambling, figuring it would cut into their own profits. Now that the writing seems to be on the wall, they’ve changed tactics and done the old “If you can’t beat ’em, join ’em” thing. They’re being clever about it too, as evidenced by games like myVEGAS.

The hook for this one is that you can win rewards at real Las Vegas casinos playing slots and blackjack for play money: Show tickets, restaurant credit and more. Yes, you have to put in a lot of time to win anything of real value, but it’s better than winning nothing at all playing other slots games. There’s even a little city builder thrown in for good measure as you build the MGM casinos on the Strip. If you’re the type of person who enjoys real slots as much as their online counterparts, this is a game you’re going to want to check out. 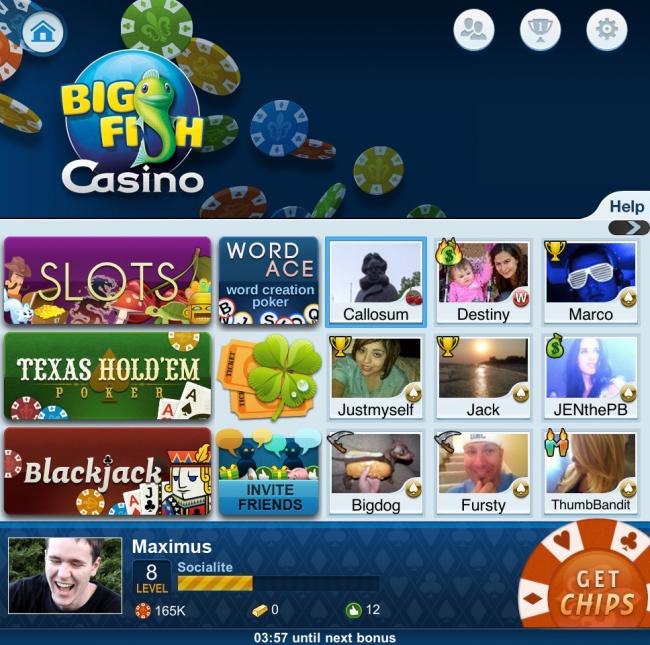 Titles that simulate individual casino games are all well and good, but sometimes you want to be able to play everything in one spot. Big Fish Casino lets you do just that, offering up slots, video poker, blackjack, roulette, Texas hold ’em poker and more. It’s a whole bunch of fun under one roof. You know, just like in a real casino, except without the cocktail waitresses. Ah, the cocktail waitresses…

Another plus is that you can enjoy this game on your computer or mobile device, with the mobile version impressing a bit more with on the design and graphics front. Either way, this is a convenient way to get your fake gambling fix from a single game. 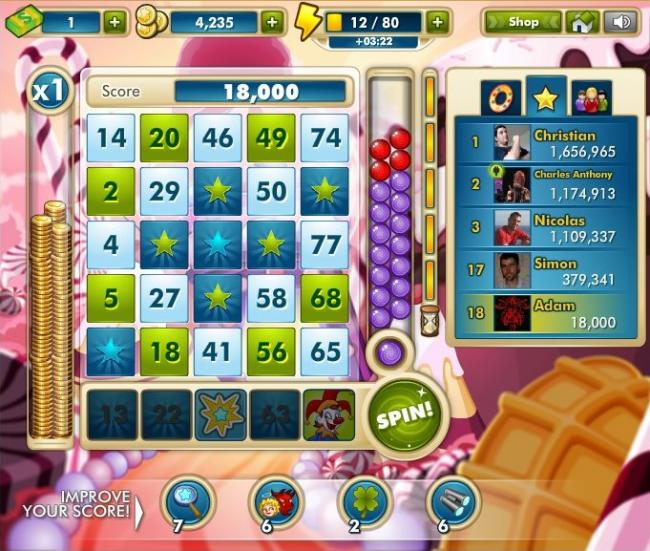 What, this isn’t casino enough for you? Too bad, because Zynga’s attempt at doing some alchemy to combine slots and bingo turned out to be a successful one. It wasn’t the first company to do that, of course, but it was probably the first to make Slingo so stylish and addictive.

The fun twists like multipliers and power ups add something fresh, and the graphics and sound are catchy without beating you over the head with the Zynga brand of cuteness. The social features are what you’d expect, but it isn’t mandatory to add friends to progress through the game.

In short, it’s everything that Zynga does well with very few of the things that make the company’s detractors experience elevated blood pressure. If that isn’t worth stretching the definition of what makes a social casino game, I don’t know what is. 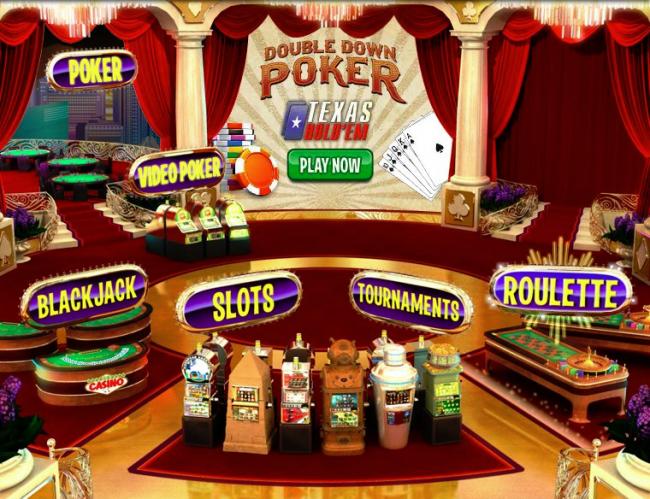 Okay, this didn’t come out in 2012, which would seem to make it ineligible for any year-end awards. Yet we’re willing to do some Doctor Who-style ignoring of the usual rules of time to revisit this casino sim because of everything it added during the year. Think of it as a “Most Improved” award if it makes you feel more comfortable.

DoubleDown Casino added poker and bingo to its game selection, which was already pretty good. The slot machines kept coming, with over two dozen games available right off the bat, no unlocking necessary. And while I usually speak out on the perils of chip inflation, you’ve got to admire the chutzpah of a game that gives you 1 million chips as soon as you start to play and has people atop its leaderboard with 10 billion chips or more.

This is a game worth revisiting since it’s almost like it doubled down on content. Now if you’ll excuse me, I’m going to forget I made such an obvious pun.

Is a Machinarium plush toy on the way?