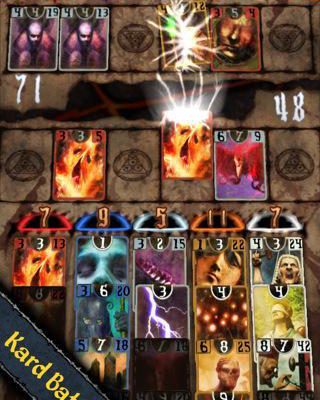 As I type this, snow is falling outside my window. It must be getting close to the end of the year! And we all know what that means – it’s time for our end of the year wrap up! Starting today, and every weekday in December, Gamezebo will be posting up a retrospective on the year that was. Today we look back at some of the top card and board games that made their way to the digital world.

I suppose “made their way” to the digital world might be something of a poor description. While there were plenty of great board games that exist in the real world to be adapted to digital platforms this year, there were also some terrific board and card games that were born digitally. Today’s retrospective has a good mix of both. Our only rule of thumb was that these board and card games could exist in the real world, so if a game had a healthy mix of impossible elements like match-3, for example, it didn’t make the cut.

But enough of my rambling! Here are Gamezebo’s picks for the Best Board and Card Games of 2011; 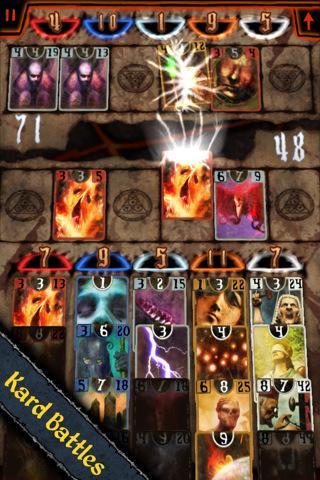 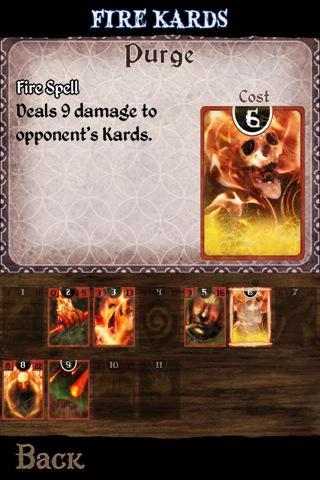 Customizable card games are a blast to play online. In fact, they’re so fun that two of them have ended up on this list (no peeking! You’ll get to the other one soon enough). Kard Combat proved to be such a good example of this fact that when it first came across my desk back in July, I found myself in daily matches with total strangers for more than a month.

Players will play cards in one of six slots, and these cards will deal damage to the cards in the slots directly across from them. Find an empty slot and deal the damage directly to your opponent. It’s as simple as that – until you factor in all of the wonderfully unique abilities possessed by each and every card. Offering a robust single player campaign, fantastic online multiplayer, and a freemium twist that lets you unlock more decks at will, Kard Combat is a truly well-rounded package that any Magic-loving gamer shouldn’t be without. Speaking of which, did we mention it was co-designed by Magic: The Gathering creator Richard Garfield? 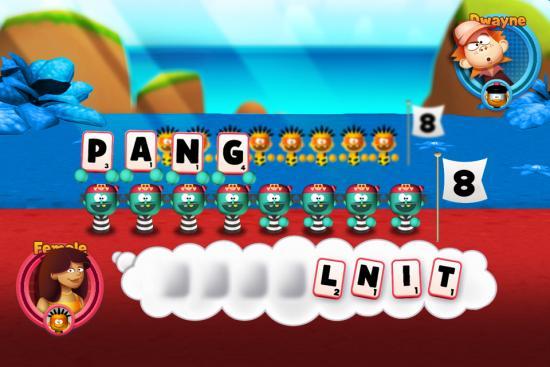 “You got Risk in my Scrabble!” “You got Scrabble in my Risk!” Quarrel Deluxe is one of those rare games that takes two existing concepts, mashes them together, and creates something wonderfully new and unique. Players in Quarrel command an army that’s trying to take over different territories on a map, just like in Risk. But victory isn’t determined by a dice roll – it’s determined by spelling!

You’ll be given a collection of letters – each with a point value like in Scrabble – and you’ll be tasked with building the highest point value word you can. Your opponent with do the same, and the army with the best word will win the land. The game gets points off for its lack of real world multiplayer, but the great AI more than manages to make up for this one sore spot in an otherwise brilliant little word game. 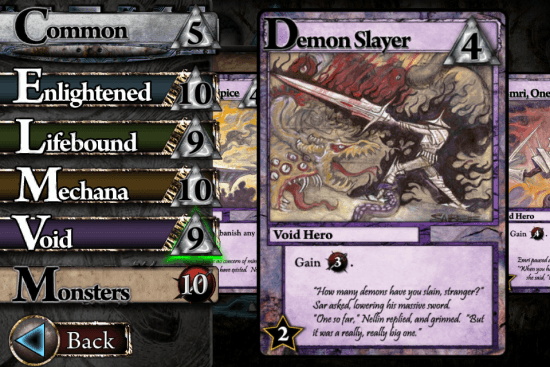 Ever since Dominion introduced tabletop gamers to the world of deckbuilding back in 2008, game designers have been inspired to put together their own spin on the popular mechanic. These games have one other thing in common, too; none of them are on the App Store. Not even Dominion. So when one of the most beloved deck-building games hit mobile’s most beloved platform, it was hard not to get excited. And when the end result was as good as the iOS build of Ascension: Chronicle of the Godslayer? It pretty much left us foaming at the mouth.

Like most deckbuilding games, players will start with a simple deck of cards that they’ll spend to buy better cards. What sets Ascension apart is it’s fantasy theme, unique art style, and – most importantly – it’s perfect digital implementation. It may be the only deckbuilding game on the App Store right now, but as the first, it’s set a ridiculously high bar. Here’s hoping other deck builders try to raise that bar in 2012. 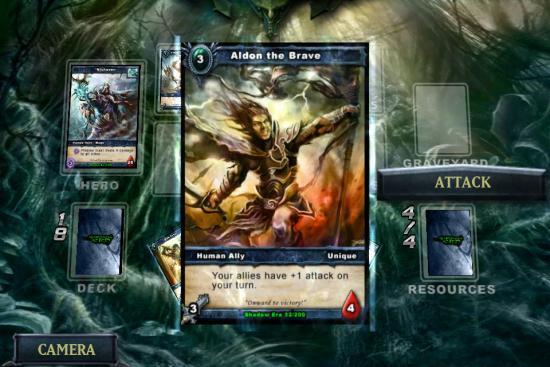 Kyle Poole is an ambitious man. Seeing a sizable gap in the digital landscape when it came to customizable trading card games, he set out to create his own. What he ended up with was an incredibly polished, easy to learn, gorgeous to look at, and impossible to put down CCG that’s every bit as good as the games that inspired it. It might be hard to believe that something entirely digital in nature could rival games like Magic: The Gathering, butyou have to quickly swallow those doubts once you’ve played your first round of Shadow Era.

The game succeeds in part due to its accessibility. While there’s plenty of strategy and depth to be had, the basics are easy enough that anyone can digest them with a single play through. And as a freemium offering (you can buy additional decks and cards from an in-game store), there’s literally nothing to stop curious gamers from giving this one a try. Wrap that up with cross-platform support, regular updates, and card art that will have you picking your jaw up off the floor, and you have a recipe for one of the top must have games in the App Store. 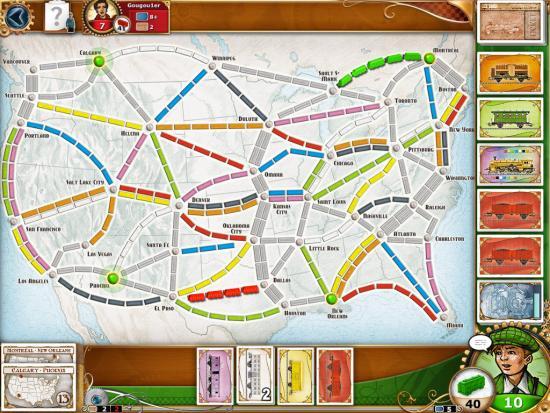 Days of Wonder are no strangers to great board games. A print-based company that’s been around since 2002, they’ve adapted some of their own games to digital formats exquisitely. Their 2010 iPad release of Small World netted a nearly perfect score from us, and this year’s digital version of Memoir ’44 only barely missed a spot on this list.

So what made the iPad adaptation of Ticket to Ride stand head and shoulders above the rest? A level of polish and completeness that no one could have expected. Not only are multiple maps available as downloadable content, but they’ve all been recreated perfectly, maintaining the exquisite detail of the originals. And with multiplayer gameplay that plugs into their already existing web-based Ticket to Ride Online service, you’re never at a loss for some great competition. Simple to learn but impossible to put down, Ticket to Ride on the iPad is a digital iteration that sacrifices nothing in its digital translation. It’s a shining example of how digital board game adaptations should be done.

Looking for more great digital board and card games from 2011? Be sure to check out our reviews of Elder Sign: Omens, Cargo Runners, Memoir ’44, The aMAZEing Labyrinth, The Mystic Warlords of Ka’a, and Puerto Rico.

Glitch “unlaunches,” heads back into beta

FarmVille expands in time for the holidays with Winter Wonderland