Home / News / Benjamin Rivers, the creator of Home, wants to be Alone With You

Benjamin Rivers, the creator of Home, wants to be Alone With You 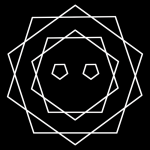 Toronto-based gamemaker Benjamin Rivers – better known as the man behind the frighteningly unique horror adventure Home – has just announced his next project. There’s not much info yet, but what little he’s released has flipped my curiosity switch to ‘piqued.’

“Alone With You is a single-player exploration game that takes a unique approach to romance,” says the game’s official website – and it says little else. There’s a teaser trailer, but like the game’s obtuse description, it manages to raise more questions than answers.

As a gamer who’s passionate about exploring the human condition beyond fast cars and big guns (the gaming landscape looks way too much like an 80’s action movie for my liking), Alone With You looks like it could be right up my alley. Hopefully it’ll be up yours, too. We’ll be sure to share some more info on Benjamin Rivers next adventure just as soon as we have it.

Big Fish Games, like Zynga before them, has just become Bitcoin friendly