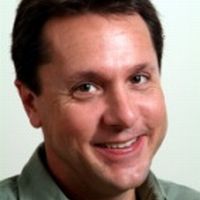 The gaming industry is rapidly changing. Games are getting funded by the player; indie developers are finding massive success without any sort of financial backbone. Both of these things beg  the question: Do we really still need publishers? Mitch Lasky, General Partner at Benchmark Capital, had a few things to say on the subject.

In the beginning, the publisher was “a response to scarcity of shelf space.” While that’s still a relevant issue in this day and age, it’s growing less so as we march on into the digital era. So, moving forward, what role exactly will they take on? It’s not an easy question to answer.

“I think we’re in a period right now where it’s unclear what a publisher is or does,” said Lasky. This remark became especially interesting after he went on to discuss the natural way in which “great content finds its audience,” a sentiment I’d heard at the indie games panel as well.

And he’s right. We live in a time when awesome games have the ability to make themselves known by virtue of being awesome. It’s a little more difficult in some areas (iOS), but the fact remains that game discovery has never been easier. It leaves little room for traditional publishing methods in some spaces, and this means we’ll likely see a lot of change in how publishers operate in the years to come.

“We’re in probably the most disruptive period in the history of the video game business.”