Bejeweled now on Chrome, PvZ and Peggle coming to Android 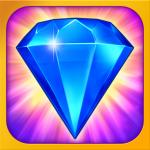 Popcap is continuing its tradition of making its hit games available on seemingly every available platform, today announcing that an HTML5 version of Bejeweled is now available on the Chrome web store and that both Peggle and Plants vs Zombies will soon be available on Android-enabled devices.

The new free-to-play version of Bejeweled, available here, is designed specifically for the Chrome browser, and features both the classic and speed game modes.

“While it’s still early in the technology life cycle, we at PopCap are very interested in the potential of HTML5 gaming, and this game is one of the most advanced and impressive HTML5 games yet implemented,” Giordano Bruno Contestabile, business director for the Bejeweled franchise, said.

The news comes soon after Popcap announced that the iOS game Bejeweled 2 + Blitz was being split into two games: a standalone version of Bejeweled and freemium Bejeweled Blitz.

Meanwhile, later this week both Plants vs Zombies and Peggle will make their debuts in the Android Market. PvZ had previously only been available on specific Android devices, like the Kindle Fire, while Peggle will be available on the platform for the very first time.

Microsoft brings Kinectimals to the App Store… wait, what?