Beeline to send Shrek on a new quest in 2012 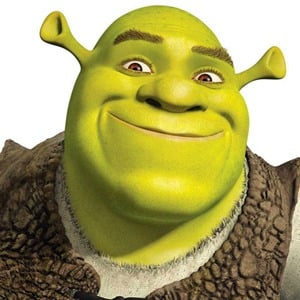 Beeline Interactive seem to be proving themselves something of a hitmaker when it comes to combining popular kids properties with social gaming. The team was responsible for Smurfs’ Village and Snoopy’s Street Fair, and it seemed like it was only a matter of time until they added another big family friendly license to their catalogue. And today they’ve made it official – Beeline will be teaming up with Dreamworks to create Shrek’s Fairytale Kingdom.

“We’re extremely pleased to be working with Beeline Interactive on the world’s very first Shrek-based social game,” says Chris Hewish, Head of Global Interactive for DreamWorks Animation. “Fans of all ages will enjoy creating and personalizing their own fractured fairy tales in the world of Shrek as they interact with the lovable ogre in ways they never imagined.”

The game will be available sometime in the first half of 2012, and will start its tale long before the setting of the first film. Shrek is still a solitary ogre in a swamp – a strange choice for a game that’s aiming to be social – and will embark on “mini-games and brief quests,” according to Beeline, as player’s explore his world. They’ll also be able to customize Shrek’s swamp with “slug-laden logs, mud baths and an outhouse guaranteed to make any ogre green-er with envy.”

As the game progresses, players will experience many of Shrek’s notable adventures, meeting characters like Donkey, Drago, and Fiona along the way.

“We’re thrilled to be bringing the world of Shrek to smartphones in a way fans have never before experienced,” said Midori Yuasa, President and COO, Beeline Interactive, Inc. “By retelling the story in a way that allows players to build Shrek’s world, we hope to create a strong emotional attachment with the characters and the films’ many touchpoints.”

Of special note is the fact that the game isn’t being developed by Gameloft, a company that has brought a number of Shrek games to the App Store before, and has even started to make a name for itself in the world of social freemium gaming with recent releases like Green Farm 2 and The Oregon Trail: American Settler.

Will Beeline’s Shrek game be better than Gameloft’s past creations? It looks like we’ll be finding out sometime in the first half of 2012.

Michael Buble crooning his way into CityVille this Christmas