An open beta version of Hyperdrome is now available on Google Play, and it looks to offer something a little different in the futuristic racer genre.

Should I really care? 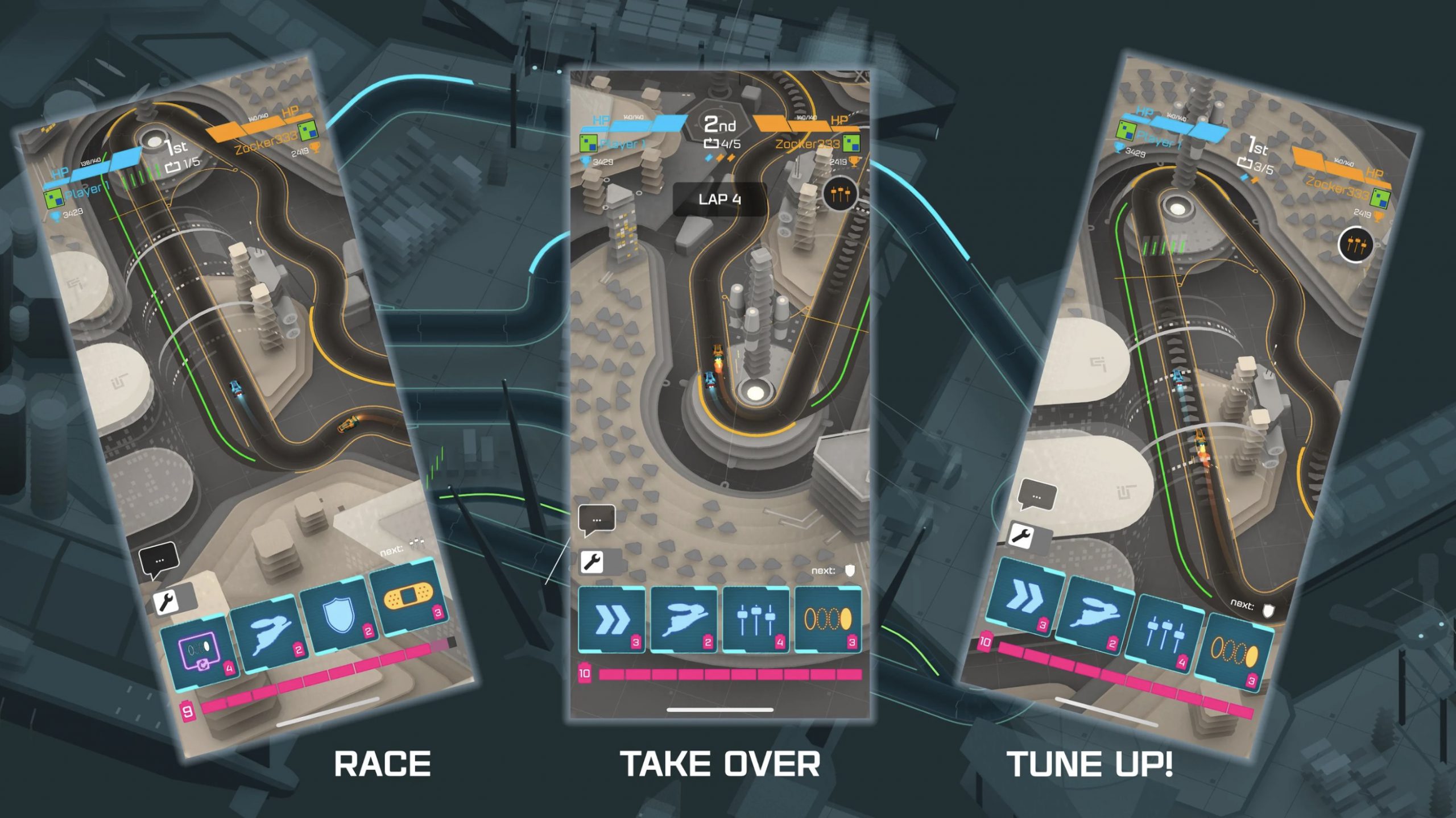 Although decent racing games are not rare on mobile Hyperdrome does look very promising indeed. Set in the far off year of 20XX, it sees you taking of fellow racers in top-down battles that are a little more tactical than you may expect.

Firstly the action is a little slower paced than you’d think considering the futuristic setting, but this allows the game’s combat system to shine. You can tool up with 8 different types of weapons and defences before races begin, and using these at the right times is paramount.

Races can therefore become like games of chess, with weapons being cancelled out with shields and so on. It’s definitely not F-Zero for mobile, and nor does it aim to be – it’s something quite different entirely, and it’s all the better for it.

There’s also the chance to take on players from across the globe in 1 vs 1 races. You can check out the open beta of Hyperdrome on Google Play now, and the game will be launching on both Android and iOS later this year.