Battle Chasers: Nightwar Launches August 1 on Mobile and You Can Pre-Register Right Now 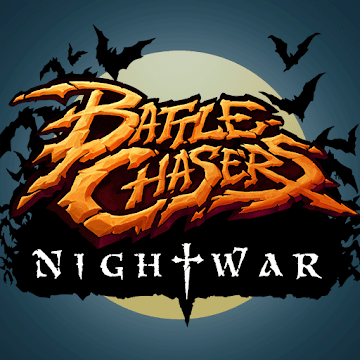 Battle Chasers: Nightwar, the JRPG inspired by the genre classics, will launch August 1 on iOS and Android, developer HandyGames has confirmed.

You play as Gully, a young hero who’s on a quest to find her missing father, Aramus, who ventured deep into the dangerous grounds and went missing.

Over the course of your adventure, you’ll meet five heroes, each of which have their own personalities, combat abilities, perks, items, and dungeon skills.

You’ll battle through a wide variety of dungeons and environments in turn-based combat. You can only take up to three fighters with you into combat, so you’ll have to strategically decide who you’ll need to bring with you.

Along the way, you’ll pick up a bunch of crafting ingredients that you can use to create new armour, weapons, and jewelry for your heroes. Apparently, everything can be crafted.

You can pre-order Battle Chasers: Nightwar right now on the App Store and pre-register on Google Play, the links to both of which are at the top of this page.

Minit, the 60 Second Point and Click Adventure, is Out Right Now on Mobile