Home / News / Batman: Arkham Origins is coming to mobile as a free-to-play brawler 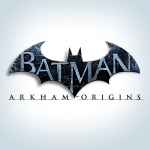 Someone tell The Joker to wipe that ugly smile off his face, because Batman is making a return to mobile devices this month to knock some thugs around Gotham City! Coinciding with the release of the highly anticipated console game, Batman: Arkham Origins for mobile will be a highly stylized brawler game from NetherRealm Studios, the same developer who brought us such console tie-in experiences as Batman: Arkham City Lockdown and Injustice: Gods Among Us.

In the game, players will take control of Batman once again as they battle against an onslaught of Gotham City’s most deadly assassins. As players move through the gritty campaign, they’ll be able to upgrade their character’s skills and unlock a number of bonus power-ups and Batsuits through an in-game currency system. And like NetherRealm Studios’ previous efforts, gamers who own the console version of Batman: Arkham Origins will be able to earn exclusive cross-promotional content by playing the mobile game as well.

The free-to-play mobile version of Batman: Arkham Origins will be released for iOS devices during the launch window of its big-brother console game (which is currently slated for release on Friday, October 25, 2013), with an Android release to be expected just in time for the holidays.

But until then, be sure to take a peek at the official gameplay trailer of Batman: Arkham Origins for mobile devices in all of its butt-kicking glory. I, for one, think it perfectly captures the graphics and combat essence of the popular line of console Batman titles, and couldn’t be more excited to get my Bat gloves all scuffed and bruised.