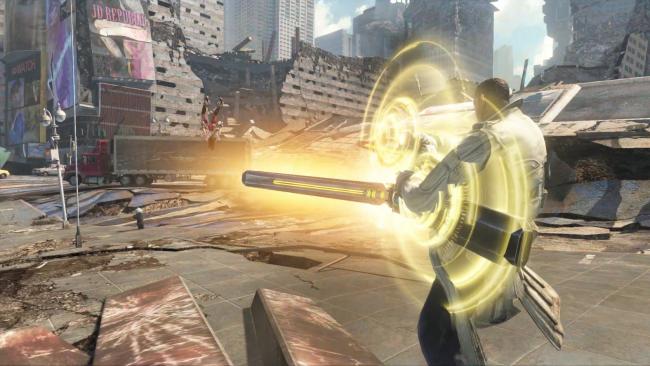 Toward the end of a small group session at Bandai Namco’s Global Gamers Day in Las Vegas, Director of Digital Games In Joo Hwang wandered in. He was ostensibly there to give some extra insight into the game on display, but instead, he did something unexpected: he admitted his company had made a mistake.

Tilting the conversation toward free-to-play games, Hwang admitted that Bandai Namco had missed the boat and was now working hard to catch up. Stating that the only way to make up ground would be to deliver titles of very high quality, he also hinted at the difficulty in getting everyone involved to change mindsets from shipping products to delivering services.

Hwang punctuated that last point by saying that he told employees to face the fact that “the most ugly form of your game is going to be the launch product.”

Though the event covered a lot of ground, the recurring theme of Bandai Namco embracing free-to-play games on all platforms was impossible to miss. It popped up in expected places like upcoming mobile games, but also in the revamping of established console franchises in F2P forms.

It also took center stage in one game Bandai Namco views as the centerpiece of its initiative: Rise of Incarnates, an action-packed upcoming title based on a genre that is popular Japan but virtually untested in western markets. Part fighting game and part shooter, it features two-on-two multiplayer battles between humans wielding the powers of gods and demons in the ruins of a near future Earth. It also has exquisite visuals that compare to almost any triple-A console or PC game.

Executive producer Ryuichiro Baba helped shepherd similar games like Gundam Extreme Vs., which he called the most popular arcade game in Japan at the moment for teens and young adults. He’s hoping to recreate that same magic in the Americas, even though he knows gamers here are unfamiliar with the core gameplay concepts.

“There are a lot of aspects from fighting games,” Baba said. “That’s something that we’re well known for as a company. But there are a lot of shooter elements as well. All characters can do melees, but also ranged weapon attacks. So you can shoot from afar, and you can hide behind objects — not a real Gears of War type of cover, but out of the line of fire and such. So the positioning and strategy involve not only you and your opponent at a distance, but also your partner, and what they’re doing and how you back them up is really important in this format as well. It’s not as much about personal skill, but how you work as a team.” 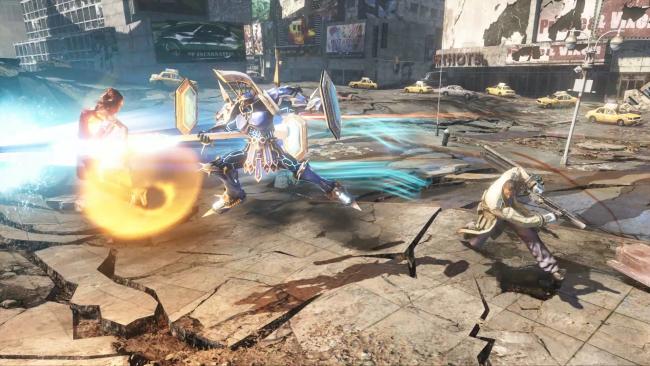 One of the other team members chimed in and offered that in a one-on-one fighting game, the more skilled player is going to win over 90 percent of the time. But in 2v2, even the least skilled player has a chance to win, provided his or her partner is good and they play together effectively. Blame for losses can also be spread around.

Part of the reason Rise of Incarnates was picked to lead the F2P charge was precisely because Bandai Namco felt players may need a taste of the 2v2 action to understand what it was all about. That logic makes sense, but building the game around a brand new IP essentially doubles down on the risk.

To compensate, the company is getting creative with finding ways to get the game’s backstory out to potential players — also without having them spend a dime.

“It’s all about the action and shooting, so there aren’t RPG elements,” Baba said. “We have a story displayed in the game through cutscenes and things like that. So we wanted to find a vehicle to have players be able to understand the story and get involved with Rise of Incarnates outside of the game. So we have digital comics. That’ll be something really cool to give players more insight into what’s going on.”

The first issue of the digital comic is already available online. New installments will come out monthly, and there are plans for more than a year’s worth of stories. It’s just one of the ways Bandai Namco is trying to get the message out there that regardless of how it’s monetized, Rise of Incarnates is intended to be a big deal. 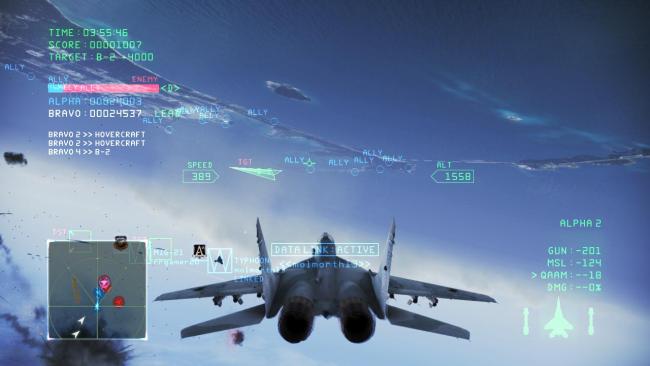 “This is a very important franchise, not just the game, but the IP itself, and we chose to bring this to free-to-play,” Baba said. “It’s not a cheaper version or something, it’s a major IP. Out of all of our titles, and of all the free-to-play games in Japan, this is probably the deepest.”

Existing brands are getting their own F2P makeovers. Global Gamers Day had a playable version of Ace Combat Infinity, which is due out on the PlayStation Network in May. The developers giving interviews for that game stressed that it’s intended to appeal to both newcomers and series veterans with a “back to basics” approach to gameplay and unique co-op modes. Over three million people have tried the free demo.

The mobile division didn’t have quite as much to show, but Mobile Games Director of Business Development Tony Colafrancesco was one of the most vocal supporters of the direction Bandai Namco is headed. He only joined the company last October after coming over from Sega, but he got right to work on another well-known brand with Ridge Racer Slipstream.

He used the mobile racer to demonstrate how Bandai Namco understands the value proposition gamers are looking for in free-to-play games.

“It’s a great game; wonderful mechanics, really beautiful, but you’ll see this in reviews especially: I didn’t have to go in and spend a bunch of money up front just to continue to play or to get access to anything,” Colafranceso said. “‘I got to play the game, I still got to buy plenty of things grinding, which is an option — you can grind forever and get everything if you want. But what was really great about it is that people realize the things that really make them tick in that game, and when they spend money, they spend it on something that they now know the value of, and they felt great about it. So we want to continue that kind of thinking.” 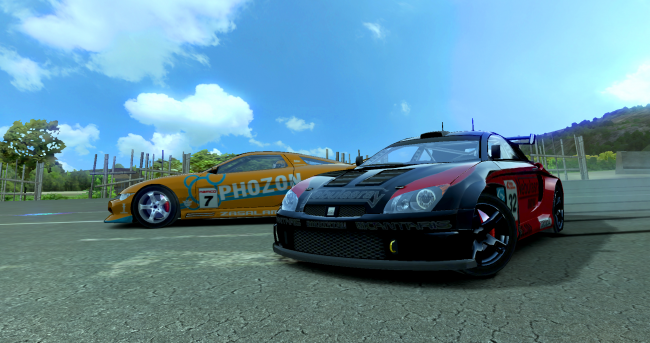 Loss mechanics also came up, as in the idea that keeping something earned serves as a more powerful motivator than receiving something. Colafrancesco thanked Wargaming.net, a company that has done quite well with F2P games, for providing the evidence.

“The World of Tanks guys, they have a limited number of garage slots, and financially it makes no sense to buy another slot,” he said. “But I earned that tank and that other tank, and I don’t want to lose them, because it took me time and effort.”

That’s still different than tricking players into paying or forcing them to pay for content. Bandai Namco wants to avoid paywalls and any kind of monetization tool that may drive off some players and keeping only the whales around. It might work, but it would result in a crappy game experience for the people who leave.

Tarnishing the company name is the opposite of what Bandai Namco wants to do with its wide range of upcoming free-to-play games. The hope is that all of the varied efforts across divisions and platforms will pay off in goodwill and loyalty, building an audience for the next wave of games that the initiative will eventually spawn.

“At the end of the day, we want to build a community,” Colafrancesco said. “That’s something that is very important to us. We want people, when they see a new game from Bandai Namco to go, ‘I had such a great experience with the last one, I’m going to give this one a try too.'”

Roblox User-Generated Games Earning up to $10k a Month