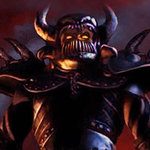 It’s been a good year for the resurrection (and potential resurrection) of old game IP’s. Following the news about the high-profile Kickstarter campaign that will hopefully end with a sequel to the old PC RPG Wasteland, we’ve also learned that an “enhanced version” of Baldur’s Gate is coming this summer.

The original Baldur’s Gate, released for the PC and Mac in 1998, was an RPG based in the Forgotten Realms world. Players worked their way through multiple chapters and unraveled a complicated plot while they hacked up monsters in mines, ruins, and finally in Baldur’s Gate itself. The game is still praised by critics, and is credited with reviving interest in PC-based RPGs.

And now Beamdog’s Overhaul Games division is working on Baldur’s Gate: Enhanced Edition. According to Beamdog, the Enhanced Edition will add “new, original content” to the original game, making it more than an HD remake.

“This is the Enhanced Edition, it’s not a repackage. We have the original source code and are doing a significant update,” Beamdog’s representatives told Joystiq.

The representative also stated that the company is self-publishing the game, and though he wouldn’t go into detail about the new content, he said “[Baldur’s Gate: Enhanced Edition] is being lovingly crafted in the spirit of the original with the help of some of the original developers.”

The game has been in development for over a year, and more information is forthcoming. No platform or final release date is confirmed yet, but Gamezebo will keep on top of this one like a dragon stalking a herd of fat cattle.

Is a Draw Something TV show in the works?