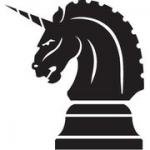 The funding comes by way of Jafco Ventures, along with previous investors Trinity Ventures and Lightspeed Venture Partners. The money, naturally, will be used to expand Kixeye’s current operations by hiring more people to work on upcoming games. According to the developer, it has been profitable for the past eight months.

“I see a massive opportunity in front of Kixeye,” he said in a statement. “The games they build are like nothing else in the gaming space today.

“Kixeye has emerged as the leading innovator of social games for core gamers. Gamers want great games, not re-skinned versions of the same thing. I’m excited to be a part of this company, and I look forward to helping them continue their successful trajectory.”

The developer’s next game will be the recently announced war-themed strategy title War Commander.