Back to the Future: The Game to debut Dec. 22 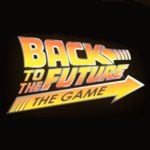 In a blast from the past, and the future, Telltale’s Back to the Future: The Game will debut this Wednesday, December 22. The five-part season’s first episode “It’s About Time!” will be available for PC and Mac platforms. Fans can still get the critically acclaimed bonus Puzzle Agent game free with their pre-order from http://www.backtothefuturegame.com, and Telltale also donates $1 to the Michael J. Fox Parkinson’s Foundation with each purchase up through the launch. The series will debut on the PlayStation Network and iPad platforms in early 2011.

Back to the Future: The Game brings the iconic Marty McFly, Doc Brown and the DeLorean Time Machine together in a completely new cinematic adventure, which unfolds over five episodes. Six months after the events of the third film, the DeLorean Time Machine mysteriously returns to Hill Valley. Marty must go back in time and recruit aid from a resistant teenage Emmett Brown, or else the space-time continuum will be forever unraveled. Back to the Future: The Game features the likenesses of the original stars that made the characters of Marty McFly and Doc Brown legendary: Michael J. Fox and Christopher Lloyd. Lloyd is voicing Doc Brown for the full game series.