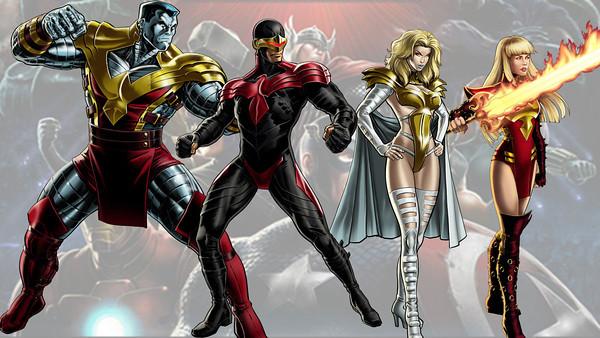 Hey, are you one of the millions of people who plays Marvel: Avengers Alliance on Facebook? Do you find yourself twiddling your thumbs, anxiously awaiting an injection of new content to the game? It turns out you’re in luck! Marvel has announced that a new special operations chapter derived from the “Avengers vs. X-Men” storyline will be arriving soon. Now stop that twiddling, you.

A new playable character in the form of Magik will be included with the content update, along with brand new “Phoenix Five” costumes for Colossus, Emma Frost, and Cyclops. But what’s the fun in knowing every single detail about an upcoming expansion? Players can also expect to uncover the fifth member of the Phoenix Five as they progress, the identity of which Marvel and developer Playdom are choosing to be mum about.

With the game’s userbase climbing at a steady rate, I have to imagine we’ll be seeing content updates for Marvel: Avengers Alliance for quite some time. After all, the history and cast of Marvel are both incredibly rich, making the sky the limit for Playdom to add on to the experience. And since Marvel is owned by Disney, the inclusion of Mickey Mouse is all but guaranteed — or at least it would be if I was running the show. Which, in all honesty, is probably the reason I’m not running the show.

ComicCon gets all the best stuff — four cool gaming exclusives