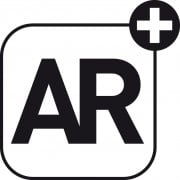 Augmented reality games have offered a neat blending of the real and fictitious since their inception a few years back, but thanks to the release of some new software by Total Immersion, AR game designers can blur that line between fiction and reality right on your face. Literally.

D’Fusion Studio 3.2, the latest version of Total Immersion’s AR developer toolkit, provides face tracking capabilities that not only recognize an image as a target, but can follow that target as it moves around and even rotates. Better yet, this software is now available for free.

“D’Fusion Studio uses superior AR technology to get as close as possible to erasing the line between reality and the digital world,” said Total Immersion CEO Bruno Uzzan. “Now, by making D’Fusion Studio free to all developers we’ve removed yet another barrier—developers are limited only by their imagination.”

To give developers an example of the kinds of results they can get with D’Fusion Studio 3.2, Total Immersion has released a tech demo on the iOS App Store called SkinVaders. Available as a free download, SkinVaders makes the players face a battleground for a tiny little alien intent on crawling all over it. While it’s really not much of a game per se, the technology it showcases is fairly impressive. In my time with SkinVaders, not only did the little alien pest attach itself perfectly to my face as I moved around, but where it crawled, it seemed to know exactly which angle it should be at on my face. For once, it was AR that didn’t simply look like someone was using an overhead projector to stick an image in the real world – it actually moved like it was really there.

“SkinVaders demonstrates a world of possibility created by Total Immersion’s powerful augmented reality platform D’Fusion Studio,” says Uzzan. “Players are literally brought into the game as they fight the invasion of SkinVaders intent on taking over their face. The markerless tracking and rendering are so sophisticated that players can suspend belief, deeply engaging in the most personal, realistic and real-time augmented reality experience on the market today.”

While SkinVaders is an iOS release, it should be noted that D’Fusion Studio can create applications for a variety of platforms, including Android, web, Microsoft Kinect, and kiosk.