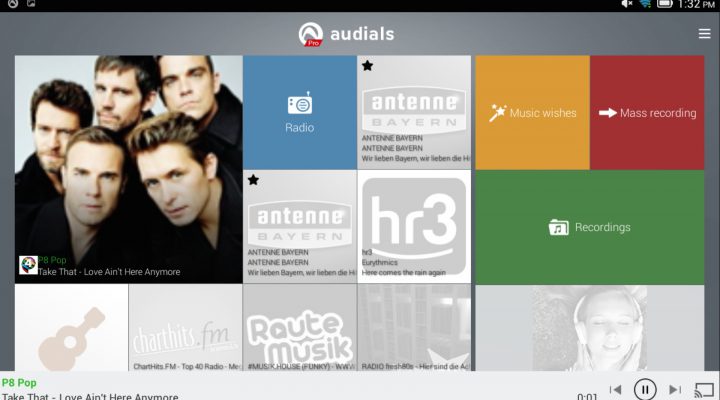 In this age of Spotify and Google Music, it’s easy to forget that the best way to discover new music or to kick back with your favourite jams is in the company of a like-minded DJ.

And the best way to put yourself in the company of like-minded DJs is with the Audials internet radio player and MP3 recorder. This intuitive, feature packed app contains more radio than you could listen to in a lifetime, with more than 100,000 of the biggest and best stations in the world, and the option to add more.

Audials Radio plays as well as records music from all radio streams as MP3 in the best possible quality and lets you save the files on an SD-card or in the cloud.

Of course, not everything on radio is music. Whether you’re after business, current affairs, sports, finance, or pretty much any other kind of news you’ll have hundreds of stations to pick from. 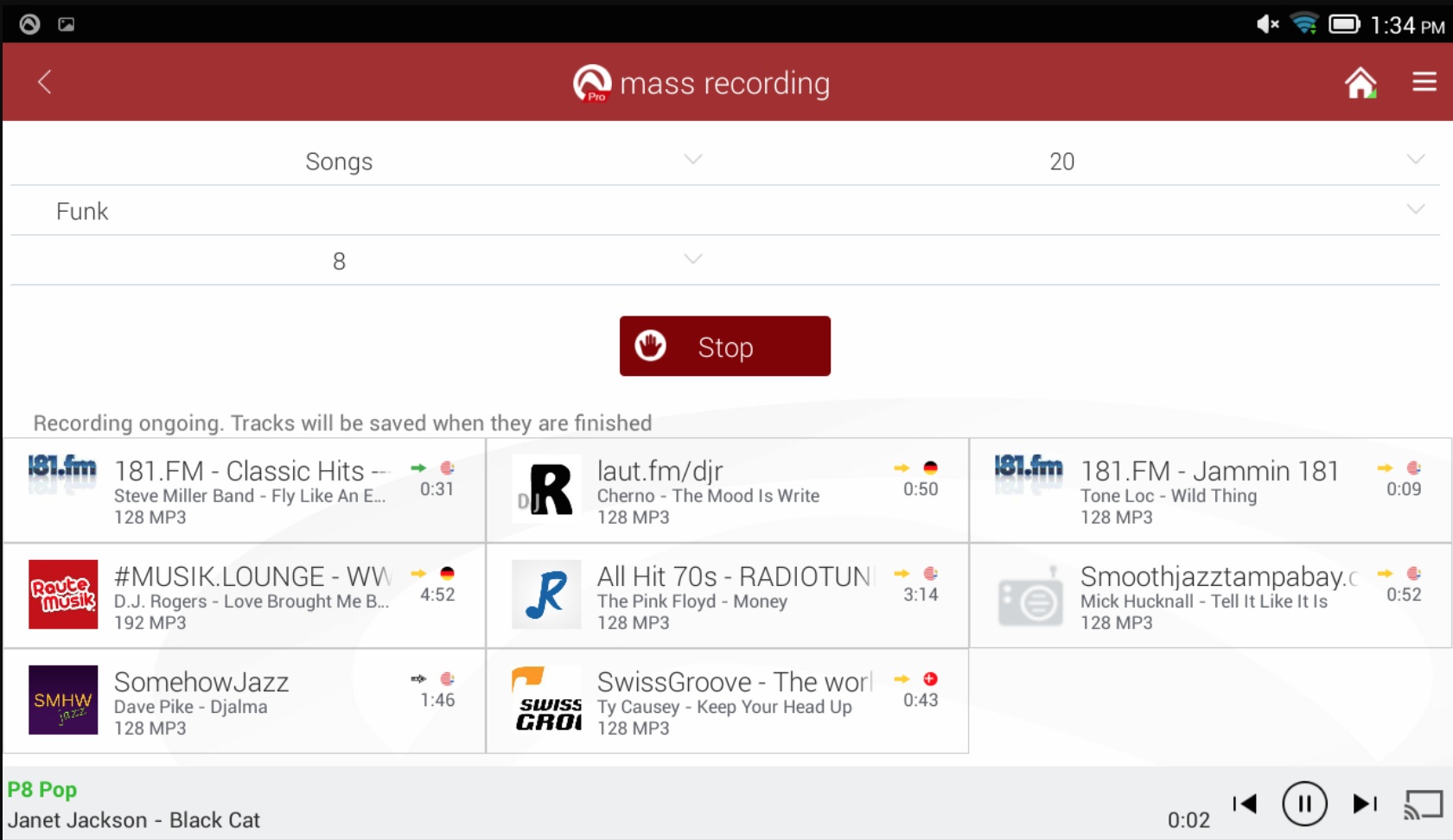 Plus, podcasts. Over 260,000 of them. We’ve just searched for a few of our favourites and there are countless episodes of everything from Serial to The Moral Maze to WTF. It’s all there, just waiting to be plucked from the airwaves.

Audials also works as a discovery tool in the modern sense, with a range of options for browsing or seeking out music. As well as by station you can browse by genre, country, and even region of country.

You can also create favourites, schedule recordings, see recommendations drawn from your history, view stations playing popular songs right now, browse by artist, and find nearby stations based on your location.

If you search for, say Ed Sheeran, you’ll get a list of all the stations in the world currently playing a song by Ed Sheeran, which song it is, and how much time has elapsed. You’ll also get a list of stations that frequently play his songs, even if they’re not playing one now. 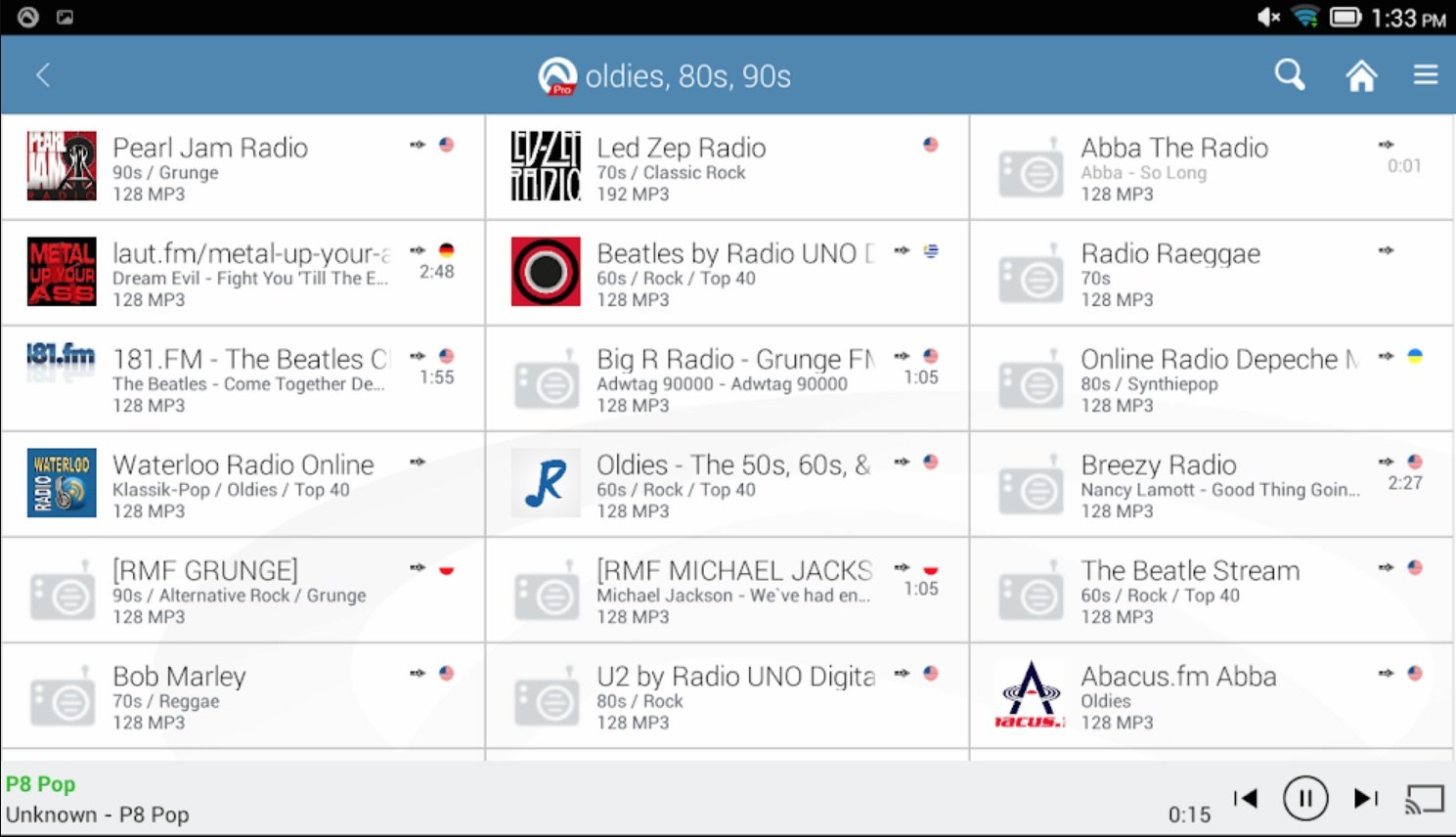 From there it just takes a couple of quick taps to add that station to your favourites or even record what’s playing. And if you just want news about Ed Sheeran for some reason, there’s a tab for that too.

Naturally the same goes for podcasts. If you search for, say, Jonathan Ross you’ll get a list of every show he’s ever appeared on, along with the option to download that episode.

Audials isn’t just for your phone, either. It supports Chromecast, so if you have an enabled device, such as a Chromecast Audio or a Google Home, you can throw whatever you’re listening to out to a room-filling speaker. The app also comes with an equaliser, in case you want to listen on headphones and you’re fussy about levels.

Finally, Audials works as an alarm clock, so if you like to wake up to the sound of Chris Evans or a bit of Afghan pop you’re covered there too.

All this, and it’s free. The new version includes a revamped dashboard with many options to customize based on personal taste. What are you waiting for – download Audials on Google Play right now.