Home / News / Athenion: Tactical CCG is an Anime Card Game with Over 300 Cards, 6 Factions, and More

Athenion: Tactical CCG is an Anime Card Game with Over 300 Cards, 6 Factions, and More 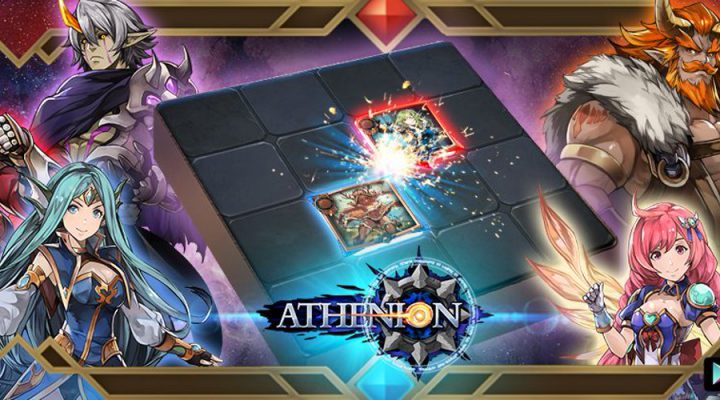 Athenion: Tactical CCG has been causing a stir in collectible card game circles ever since it went into early access late last year. Now it’s available globally, so you can see what all the fuss is about.

Created by developer Zero-bit, Athenion brings a couple of neat twists to the CCG format, including a board game-style gameplay approach that adds an extra tactical dimension to the usual card warfare.

It’s a looker, too. Zero-bit has gone for an authentic anime look, with a diverse array of personality-filled characters and polished presentation throughout.

In comparison with most CCGs, Athenion is a richly tactical affair. There are well over 300 different cards to collect, and they combine in myriad ways to enhance their effects and unlock powerful combo moves. Each move in Athenion involves weighing up a number of factors.

One of these is position, since Athenion’s battles play out on an innovative 4×4 grid, like a miniature chess game. Another is direction, since each card can attack in a specific direction or set of directions, forcing you to carefully consider your approach.

There are six different factions in Athenion, and each one has its own particular set of advantages and attributes.

For example, cards belonging to the Flame Legion faction have high attack values, while Cyclone Fury cards are particularly mobile. They come with a range of abilities, too, such as move, chain, and backstab.

Between them these 300+ cards, six factions, and nine special abilities give Athenion a huge amount of tactical depth to explore.

To get started, head to Google Play or the App Store to download Athenion for free right now.