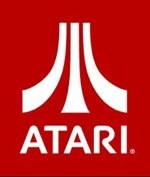 We hate to get scooped, but if we are, it may as well be by Perez Hilton.

According to Perezhilton.com (see note below why I am not linking directly), Atari games are coming to Facebook, including Centipede and Missile Command.

What’s significant about this story is the fact that it was reported by Perez Hilton, and not an insider gaming site like Gamezebo.

That shows you how powerful the Atari brand is beyond games. It’s up there with Lindsey Lohan and Lady Gaga.

The LA Times has run an article about Atari’s move into digital distribution and social games where it dives deeper than Perez Hilton does (go figure) into the company’s financial situation. Having gone through multiple owners since its heyday in the 1980’s (Warner Communications, Hasbro, and the ill-fated Infogrames), the company’s ledger is not shall we say…optimal.

“Given that Atari doesn’t have enough money at its disposal to make and market a major video game like Call of Duty, moving into digitally distributed games — which typically cost less than $1 million to produce — is a strategy guided by necessity.”

True, but I’d also say that it’s a strategy inspired by wisdom. When you have game brands as good as gold for social networks like Atari does, why would you want to go the traditional, retail, video games route. It sounds so…pre-historic and stupid.

Traditional video game and media companies tend to agree, based on the recent moves of Electronic Arts, Ubisoft, and Disney to jump into social gaming at all costs.

For my money, I’m waiting for Millipede to hit Facebook. The childhood memories . . .

Editor’s Note: I am not linking to the source article at Perezhilton.com because there are comments to the article that may not be appropriate to all ages.

Putting Osmos in your pocket: An interview with Hemisphere Games