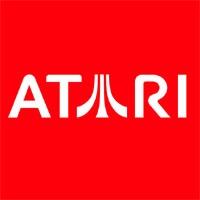 Microsoft and Atari have teamed up to launch “Atari Arcade,” a browser-based portal featuring reworked versions of classic arcade games. The service is currently offering Asteroids, Pong, Lunar Lander, Missile Command, Combat, Centipede, Yars Revenge, and Super Breakout, although it sounds like more titles are on the way soon.

Along with updated graphics and multiplayer components, the games will include social media integration, as well as online leaderboards. Think you have what it takes to become the world’s best Yars’ Revenge player? Here’s your chance to prove it! Or to just try and unlock that one Easter Egg, assuming it’s still in there.

Unlike the arcades of yesteryear, you won’t be feeding quarters into your machine ad nauseum. In fact, you won’t be feeding it any sort of money — Atari Arcade is a free service, though playing it on Internet Explorer is the only way to bypass ads. Furthermore, the games have been optimized to work on Windows 8 touch devices. Because, you know, Microsoft partnership and all.

Atari Arcade will be demoed at Internet Explorer’s PAX booth, but you can also hop on over to the site now and give it a look. Happy gaming!