Atari Arcade joystick for iPad to hit retailers this October 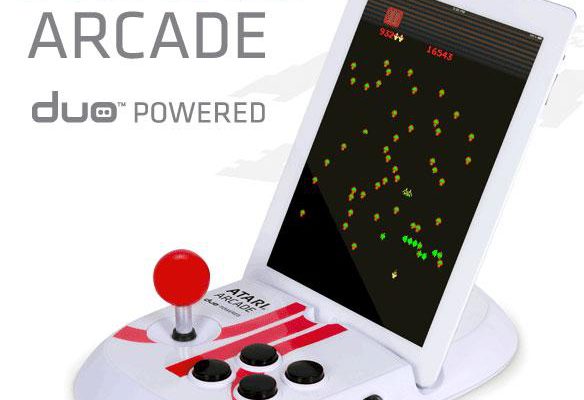 Touch screen controls are at the heart of the mobile gaming industry – but what about folks who miss the tactile feel of a controller in their hands? It’s a problem that a handful of companies have tried to tackle in recent years, many of which have met with success. The Fling provided gamers with suction cup controls to mount on your device. The iCade provided a full-on arcade cabinet experience in which your iPad doubled as the screen. Now, Atari is looking to get in on the action with the Atari Arcade.

Similar in spirit to the iCade – an accessory that Atari was the first to support with the release of Atari’s Greatest Hits – the Atari Arcade is a single unit with four buttons, a joystick, and a 30-pin dock for you to plug your iPad into.

While the device was only just announced, the tech blog DVICE has had a chance to go hands on with the Atari Arcade and has shed some light on some of the differences between it and Thinkgeek’s iCade. Notably, the 30-pin connector means that the Atari Arcade doesn’t rely on Bluetooth, and allowing the device itself to be powered by your iPad – this means no batteries or AC adaptor are required. 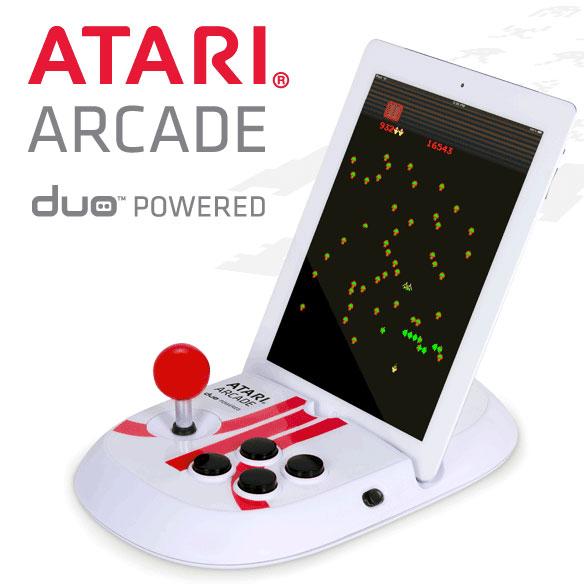 Right now the device only supports – you guessed it – Atari’s Greatest Hits. Hopefully they do the smart thing and partner with other developers to bring their games on board, just as the iCade has. If not, the Atari Arcade will have a pretty limited appeal. Still, that’s not to say there aren’t other Atari games we wouldn’t love to play on this thing. I Love Strawberries seems like it could be adapted for the arcade experience fairly well, and if so, it could serve as a great example of how non-traditional games can be just as much fun with a joystick.

Expect to see this one in major retailers like Target, Walmart, and Toys R Us this October with a retail price tag around $60.

Report: four Zynga games shutting down this month, including Warstorm