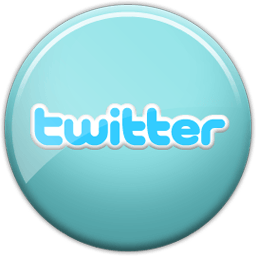 Sometimes being fashionably late to a party can make you the belle of the ball. That’s certainly what we’re predicting will happen for the App Store’s Twitter feed. Debuting yesterday, Apple’s new @AppStore is promising followers that they’ll “discover new apps, get exclusive offers, and share with friends.”

App discovery sounds nice and all, but deep down inside what most people are hunting for is a good deal. The promise of “exclusive offers” may or may not materialize into anything special – nobody knows for sure – but since it’s only going to take a simple click to find out, there’s little doubt that this Twitter feed is quickly going to become one of the biggest around. In less than 24 hours the account has already amassed nearly 100,000 followers (it’s at 96,557 as I type this, and will no doubt be over 97,000 by the time I’ve finished this sentence).

To give you a sense of how many that really is, Lady Gaga is the current Twitter leader with 7.8 million followers. Former #1 Ashton Kutcher is now in #5 with 6.2 million, and at the bottom of the Top 100 is Wyclef Jean with only 1.7 million. To crack the Top 100, the App Store feed just has to keep up at this pace for the next 10 days or so – and considering Apple isn’t even really promoting the feed yet, this thing seems primed to explode.

This isn’t the first time Apple has brought their App Store to the social marketing landscape, either. Last March the App Store joined Facebook. Right now they’re only a little shy of a million fans. From a business standpoint, that’s an exceptional number of people to receive a nudge everyday about the newest products in your store. If they can duplicate these numbers on Twitter (and if these first 24 hours are any indication, they’ll do that before the kickoff at the Super Bowl) Apple could see a nice boost in app sales.

One of the nice things about the App Store’s Facebook page has been the promotion of games and apps that aren’t hot off the presses. For every brand new title that gets promoted, they’ve been really good about pushing an app that’s older – whether by a few weeks or a few months – which hopefully helps breathe some new life into these apps for the developers. Our fingers are crossed that the App Store’s Twitter feed follows the same philosophy.

It should be interesting to see how long the growth lasts on the App Store Twitter feed’s race to the top. Now if only they’d figure out a way to hook up with FourSquare. I want to unlock an App Store badge, dagnabbit!