Ascension: Return of the Fallen now available as in-app purchase 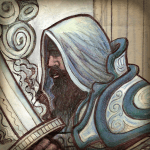 When Ascension: Chronicle of the Godslayer made a splash in the world of iOS card games earlier this year, it seemed inevitable that the pseudo-sequel Return of the Fallen would eventually make its way to the App Store one day. Now, nearly six months after Ascension iOS debut, that day has come.

Rather than a standalone app, Return of the Fallen is available as an in-app purchase from within Ascension: Chronicle of the Godslayer for $2.99. In the months leading up to this release, we’ve been quietly wondering how they were going to handle this one. Unlike most games that have either an expansion or a sequel, necessitating an in-app purchase or separate app respectively, Return of the Fallen is a little bit of both. In the original print release, the game could be played entirely on its own or combined with Godslayer. Thanks to the in-app nature of this release, the very same can be done here.

“Our first game Ascension: Chronicle of the Godslayer gave people a taste of what great hobby games can be like on a mobile device. We’ve had a great response, including winning a Golden Geek Award for Best mobile/handheld game of 2011, and we’re thrilled to offer the expansion, introducing more people than ever to the captivating world of Ascension,” said Joel Goodman, CEO of Playdek. “Gary Games is one of the great deck game developers and we’re thrilled to help the company bring Ascension to new audiences.”

Speaking of accolades for Ascensinon: Chronicle of the Godslayer, here at Gamezebo we selected it as one of the Best Card and Board Games of 2011. Want to know why? Be sure to read our five star review!