Home / News / Ascension in the works for PC and Android; Immortal Heroes expansion coming to iOS 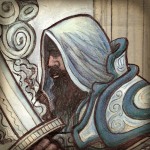 Stone Blade Entertainment has announced they will be launching a short, 10-day Kickstarter campaign on February 18to bring their vision of Playdek’s iOS Ascension: Chronicle of the Godslayer app to Android and PC platforms. What’s surprising about this news is that SolForge, Stone Blade’s first in-house collaborative effort with the Magic: The Gathering creators, hasn’t even been released yet, after nearly doubling its $250,000 Kickstarter goal back in September.

Based on the popular card game of the same name, the digital version of Ascension was met with universal acclaim after coming to the iOS App Store in 2011. According to Pocket Tactics, the Android and PC versions of Ascension are planned to offer a much more expansive experience than their iOS brethren, with “a full-on gaming destination that can host online tournaments, offer players access to digital promo cards and expansions as they become available in the physical game, and cross-platform play.”

In the meantime, Playdek hasn’t forgotten about its loyal Apple gamers. The developer is gearing up to release the third expansion of the physical card game, “Immortal Heroes” onto the iOS app later this year. Concluding the “Storm of Souls” story arc, the “Immortal Heroes” expansion has players wielding a new deck of Soul Gem cards, and battling the rebel godling Kythis on his mad ascent into Godhood. While no specific release date has been announced just yet, “Immortal Heroes” will be Ascension’s first significant title update since last July.