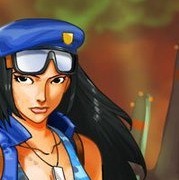 Following the success of Zombie Lane on iOS, developer Digital Chocolate has announced that strategy game Army Attack will soon be coming to the platform as well.

No release date was announced, but Army Attack is expected to be available on Apple devices starting “soon.”

Digital Chocolate also announced that both Zombie Lane and Army Attack will eventually spread to other platforms as well, including Android, tablet devices, and browser options outside of Facebook and Google+.