Arkadium teams up with Microsoft for casual game partnership 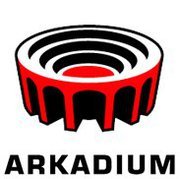 Casual game developer Arkadium has announced a new partnership with Microsoft Game Studios, in a deal that will see the two work together to create “casual and social games on multiple platforms.”

Details on games and platforms are non-existent right now, but it sounds as though Microsoft will be essentially serving as a publisher for Arkadium-developed games. The partnership is said to be multi-year and cover multiple games.

“We have been looking to strategically partner with a company that can help catapult our business and accelerate Arkadium’s cross platform game development,” Arkadium CEO Kenny Rosenblatt explained. “Microsoft is the perfect partner to help us realize our growth strategy.”

“Our team is excited to be partnering with a developer that we believe will help us entertain millions of people as we expand our reach to a broader audience,” added Microsoft’s Matt Booty.

In addition to developing Facebook, download, and mobile games, Arkadium also has a number of browser-based games featured on portals across the web. Most recently, the Los Angeles Times began featuring Arkadium-developed games on its site.