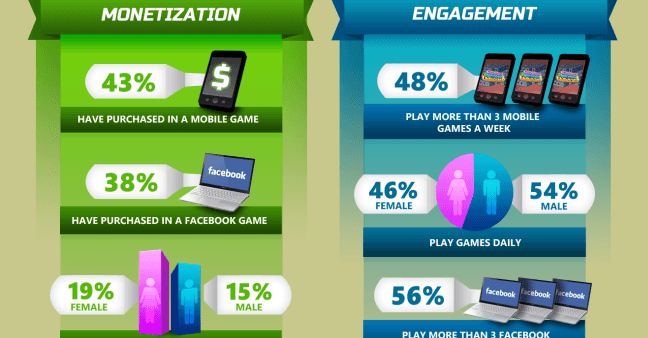 As a gamer today in 2013, there are now more ways to play our favorite games than ever before: whether on home consoles, mobile devices like smartphones and tablets, or even social media platforms like Facebook. So after popular games creator Arkadium recently announced that the company would be using their latest funds received through Series A financing (a cool $5 million) to invest in cross-platform game development, they decided to take a look at just how gamers habitually use cross-platform gaming capabilities today.

Their findings, which encompass a survey through Peanut Labs of 1,500 U.S. gamers above the age of 18 in the second quarter of 2013, provide us with some insightful data about how we, as gamers, tend to play both our favorite mobile and Facebook games. For one thing, 43% of cross-platform gamers were more likely to make an in-app purchase when playing a mobile game, as opposed to the close 38% that made purchases in a Facebook game. It was also found that almost half of those surveyed played 3 or more different mobile games in a single week, while a whopping 56% of surveyed gamers would tend to play more than 3 different Facebook games in a single week’s timeframe.

The percentage ratios of male to female gamers were more or less equivalent for all categories investigated, and it’s also interesting to note that 63% of these cross-platform gamers had been alerted to new Facebook games through a friend’s invitation via the popular social network.

So there you have it. Do any of these numbers speak to the very same patterns that you yourself tend to be playing in during your favorite mobile and Facebook games? And I guess if there’s one thing that’s for certain after reading this study, it’s that those always “endearing” Facebook requests from friends who are playing games that you’ve never heard of before, or that you don’t necessarily even care about, are going to be here to stay. 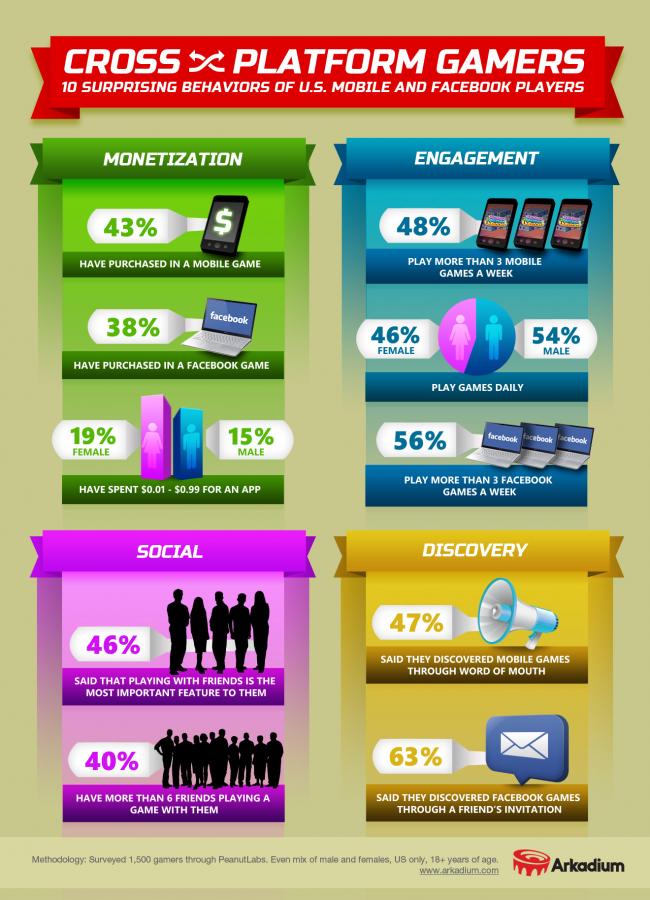 Across Age sequel is coming this winter