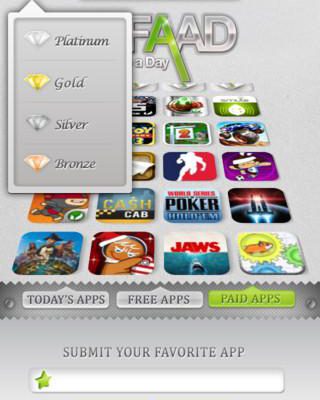 Is Apple putting a smack down on third-party app promotion services like Free App a Day, App-o-Day, Appsfire, and more (too many to list)?  Maybe, according to an excellent investigative report by PocketGamer.biz.

Keith Andrew of PocketGamer notes a recently added new clause in the iOS Developer Guidelines: “Apps that display Apps other than your own for purchase or promotion in a manner similar to or confusing with the App Store will be rejected.”

The wording is vague, but the target is clear.  Popular apps and programs that promote free apps definitely could land in this category.

The way free app programs work is by promoting one app for free for a day to their millions of users.  Game companies pay a marketing premium to get their games accepted and promoted via free daily app companies in the hope it will push them into Apple’s top lists.

Apple has already changed the landscape for free app programs by changing the design of its App Store iOS 6.  As reported on extensively at Gamezebo, the new App Store de-emphasizes top charts and instead pushes the personal recommendations of Genius, and shows only one result at a time per search on the iPhone (and up to six on the iPad). 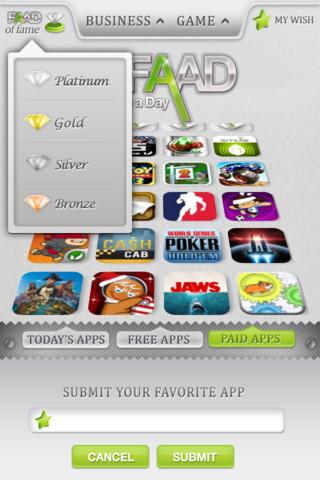 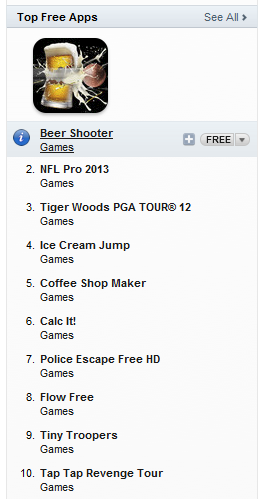 This new clause, however, is more of a shot across the bow to free app programs.  Like Apple’s past decisions to get rid of offer walls and remove app’s that pay for fake downloads, this could have a huge ramifications the game apps business.  Successful free daily app programs make millions of dollars per month and the venture capital community has invested millions in many of them.  This could turn the entire business around third-party marketing and discovery upside down.

Just as important, many app developers use such services to promote their apps, acquire customers, and get traction in the App Store.  It’s costly but effective.  Any game company that has invested millions in launching new or existing apps may soon have one less option to get their products noticed.

Based on Apple’s history, your favorite free app programs will probably not go away anytime soon.  As Techcrunch notes, Apple does not remove apps when they make a change like this; instead, they reject future updates making the apps lose popularity as new iOS updates are launched.

Also, don’t feel too bad for free app programs.  They’ve made a bundle, and history also suggests that the smart companies will be able to pivot and enter new businesses.  When Apple banned offer walls, everyone counted Tapjoy as dead.  Tapjoy pivoted, doubling down on Android, growing its video business, and expanding into a myriad of advertising opportunities.  It is now a stronger company than it ever was.

What’s more worrisome for any company that works with Apple and the App Store, however, is that there is now a clear history of Apple changing arbitrarily changing the rules and potentially turning your business upside down overnight. Apple has the right to make these changes and, in many cases, they changes are good.  For example, its scandalous to pay bots to fake downloads to rise your app on the charts, and just about everyone is happy that Apple stepped in and did something about it.

Apple’s goal with this new wording and other changes, speculates Daniel Etherington of Techcrunch, is to make the App Store more of a meritocracy.  In many ways, the new iOS6 changes do just that.  If making all apps equal and basing promotion on quality is the goal, however, then Apple should just ban advertising outright.

Costs per install are already too high for the majority of app developers (averaging up to $3 per install in the US based on recent reports).  The one sure thing we know is that if Apple enforces this change on free app programs, there will be one less way to market your apps.  And the cost per install through ads will increase even higher than it is today.

I am not saying ban advertising of course.  I am just saying that as long as you can bid to pay for install, it’s not a meritocracy and it never will be.

The answers to the above questions probably lean in favor of the developers, but the vague wording of this clause does make creating businesses around improving app discovery on the App Store all the more confusing.