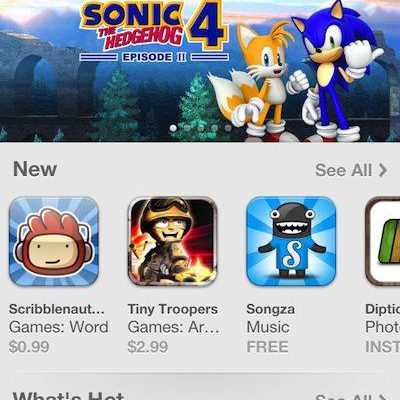 Yesterday, Gamezebo’s editor-in-chief Jim Squires gave you the run down on Apple’s long-awaited iPhone, and why you as a gamer should be excited to have it in your pocket. Curiously absent from the company’s San Francisco press conference however was the news developers wanted to hear. As is the case with X-Files, though, I was a firm believer that the truth was out there. So like the fearless Mulder of apps, I went out searching for it.

Much to my delight, I didn’t come back empty handed, either! It seems that the folks at TechCrunch got wind of some key changes going on both behind the scenes and in front of the curtain in Apple’s online games marketplace. And it seems both consumers and – thankfully – game creators are in for some much needed new features. Features that will affect how people view, find, and think of the popularity of the games they play. 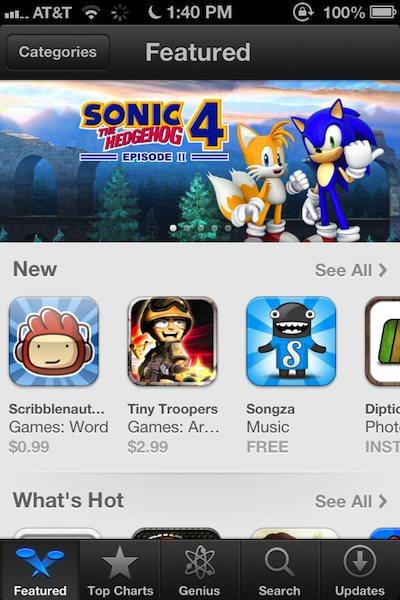 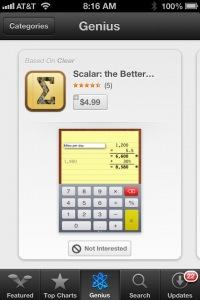 Foremost, the App Store you know and – unless you’re crazy – most definitely don’t love – is in for a little bit of a makeover. Gone is the gaping maw that was the “Categories” (a surefire start to a wild goose chase), replaced instead with the more prominent “Genius” option, which will be calibrated by virtue of the Facebook “likes” of your friends, whether or not you’ve signalled “not interested” for certain apps, and what you’ve downloaded. The whole process is a combination of algorithms and mysticism, and signals a move towards an even more Apple-centric approach than before. Apple seems to be centralizing themselves as the arbiter of not only taste, but what you should consider; as Techcrunch puts it, it feels “reminiscent of the time when we stopped locating websites via directories, and turned to search engines instead.”

Another seemingly small, but ultimately drastic change being implemented comes in the form of way apps you do search for are displayed. All results will now come back not on the form of panels full of app icons an names, but rather large “flash card” equivalents that display a game’s price, name, rating, icon, and a screenshot from the title. On one hand, this allows apps that users glance at to have more of a fighting chance of drawing people in, but the double edge of this particular sword is very, very sharp. In the same way I’m drawn in by what I see on the first or second page of a website’s blog roll, it’s very unlikely that I’m going to travel deep into the annals of my search results to check out the apps hidden there. Developers will need – and I do mean need – to consider how to optimize their content to appear within the first ten to fifteen results. 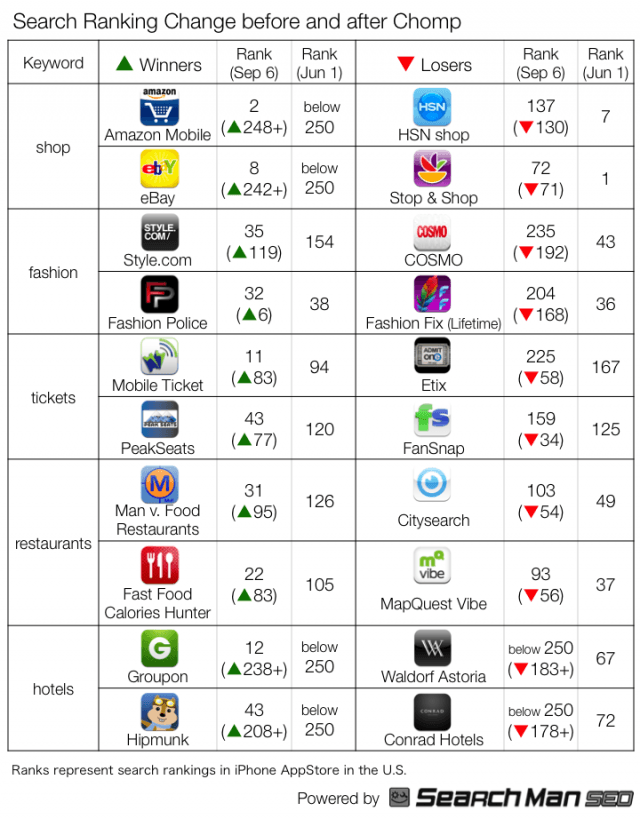 Perhaps most staggeringly, and certainly something we won’t be able to cast a verdict on until the product is in use, Apple has apparently tweaked once more the algorithms for app rankings. Predicated on their purchase of second party search engine Chomp, the company seems to have made an attempt to refresh the app store rankings to better understand words used to search for apps, how they related to user desire, and more organically churn out restuls accordingly. At a glance, it seems the ranking changes favor brands and businesses that are top-of-mind in public consciousness, perhaps intimating a move towards a place where the App Store is a more socially conscious beast.

The times, they are a’ changing, and whether for better or worse, these new features will most definitely result in a need for developers to realign their perspective on app creation in every facet from design to marketing to keyword choices. Perhaps not so drastically at first, but I’d wager that iOS 6 – and these features in particular – represent the tipping point in Apple’s journey towards a drastically different way of wrangling the ballooning amount of content passing through the App Store.