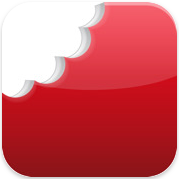 Chomp was created to be acquired by Apple.

One, the company is named Chomp, meaning that in the event of being bought by Apple, journalists like myself would have a field day with the puns (hence, my clever title). Two, Chomp’s product is a Google for apps, for iOS and, more recently, Android.

Given the challenges of finding apps in Apple’s increasingly burgeoing App Store, it only seems natural to learn that Apple has acquired Chomp (as initially reported by Techcrunch) to the tune of $50 million.

Chomp was founded in 2009 and has raised 2.5 million dollars, from an varied list of investors including Ron Conway, BlueRun Ventures, and actor and “marketing advisor” Ashton Kutcher.

Chomp’s product has always been best-in-class for searching for apps and its app has always been a personal favorite of mine. Even though it offered far superior search and discoverability than Apple’s own App Store, however, it never really hit the mainstream.

The good news is that it’s about to hit the mainstream in a big way. Apple has acquired Chomp’s search technology to help solve the App Store’s discoverability problem, which is growing as more apps are being created and downloaded. As Apple approaches 25 billion apps downloaded, it needed a much better way for users to search for the app they are looking for, and buying Chomp is a good step in this direction.

It will be interesting to see what this acquisition means for iOS game app developers. Currently, the App Store is biased toward rewarding in a big way any app that makes it in its Top 25 charts. For this reason, many game app companies (pretty much, all of them) were caught in the recent scandal of hiring overseas bot download companies to inflate their download numbers to rise up in the App Store rankings.

Apple’s acquisition of Chomp marks their attempt to transform their App Store from a Top 25 list that can be easily manipulated with shady marketing practices or tons of advertising money into an app discovery product that more resembles Google for apps (which is literally what Chomp billed themselves as).

It’ll be interesting to see when and how the App Store changes, as well as when does Apple create an iAd product similar to Google Ad Sense.

Given how good Chomp’s search technology is, $50 million for Chomp is a steal for Apple.

My big question: how did Google let Apple buy Chomp and not acquire it themselves just to protect their own business? With one small acquisition, Apple is officially now in the search business.