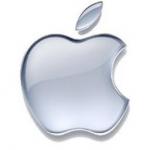 A 2011 lawsuit filed by five California parents against Apple over deceptive in-app purchases might finally see a resolution this week, as the powerhouse corporation has agreed to pay out those parents “who can show that their child made in-app purchases using iTunes Store or App Store credits.” The lawsuit comes as a result of children who unknowingly racked up huge bills of free-to-play in-app purchases with their parents’ real money, most of which totaled between $99 and $1,500.

The parents behind the suit claimed that for a 15-minute window after the free app was downloaded, their children could buy as much in-game content as they wanted without needing to input a password. Apple has since removed this 15-minute window in attempts to dismiss the charges, but that looks like a no-go for the iOS masterminds right now. According to Gamasutra, a U.S. judge has stated that “Apple may have violated consumer protection laws by inappropriately labeling these apps as free.” Apple and the court will be considering all individual cases that total more than $30 accidentally spent in cash.

One of the earliest and most notorious examples of a deceptive free-to-play model was Capcom’s hugely popular Smurfs’ Village social game, which sat at the top of the App Store’s free games lists for more months than I can remember. The game now boasts a clear warning at the top of its description page on the App Store, citing “PLEASE NOTE: Smurfs’ Village is free to play, but charges real money for additional in-app content.” Additional disclaimers are included within the game itself, especially when browsing the game store for bundles of Smurf berries.

All in all, we could see as many as 23 million people receive full reimbursements thanks to this lawsuit, and the settlement could wind up costing Apple up to $100 million. Now just think about how many Smurf berries you could buy with that! Be sure to let us know of any accidental in-app horror stories that you’ve experienced in the comments.

Get your key for the Ecol Tactics closed beta right here!