Apple rumored to be designing its own controller for iOS 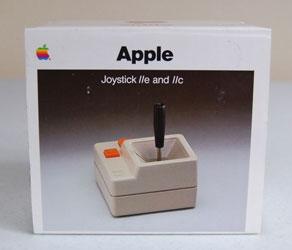 There’s a rumor flying around about a new controller coming to iOS devices. It’s getting hard not to roll your eyes at this kind of news these days: new iOS controllers (such as the Fling and multiple iCade models) are just a few of the dozens of new third party peripherals announced each year. What makes this rumor different, according to Anandtech, is the fact that this new device would be made by Apple.

The iPad in particular (and especially its newest model) has always been a bit of a paradox: it contains the visuals and screen size to easily trump the current handheld gaming market, but it lacks the depth of controls to fully deliver on this promise. While there are a handful of visually impressive games on iOS that combine top-tier graphics with limited touch controls (such as Epic’s Infinity Blade 2 and Square Enix’s Chaos Rings 2), many gamers can’t help but feel the iPad isn’t reaching its full potential. Many popular genres, such as first person shooters and fighting games, simply don’t control very well with touch-only support.

With so many devices out there, though, what difference would Apple’s make? Quite possibly, all the difference. The big issue with all the third party controllers is that most developers can’t make a common consensus when it comes to support. When a developer makes an app that requires a specific device, they instantly sever the potential audience that they can reach. With Apple making a single, unified effort to produce an official controller, developers would instantly have an official device to support.

Two big questions stand in Apples way, however. The first, how would the controller work?, is a crucial question that changes how accessible Apple’s new controller would be. As seen by the iCade, mapping Bluetooth support to an external device works really well. The one thing that iCade (or any iOS controller for that matter) doesn’t support, however, is dual analog support. The modern two-stick controller has become the gaming standard since the 21st century, and releasing an official device with dual analogs is likely all the convincing a major developer would need in order to take a second look at iOS as a gaming platform. 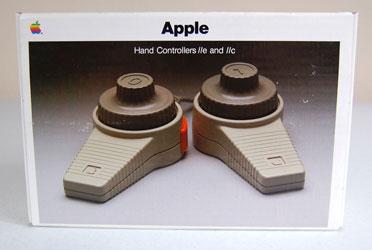 Pictured: The last time Apple tried to make a controller

The second question: Is there a market for “hardcore” games with controller support on iOS? This question, likely one Apple has been juggling for years, is a bit trickier. On one hand, Steve Jobs strongly believed in the user-friendly touch interface, and marketed the device in a way that brought millions of casual consumers into the gaming market. Introducing games that require a controller might confuse existing customers – the very same customers that bought ten million copies of a touch-only game in three days.

On the other hand, Apple’s new iPad is practically begging for hardcore game support. The quad-core processor, extremely high-resolution screen, and Retina display create visuals far stronger than any casual user would ever demand. Penny-Arcade’s Ben Kuchera went as far to classify the new iPad as the “(likely) best-selling portable game system of 2012“. While the two major handheld platforms have sold modestly (Nintendo’s 3DS has sold over 15 million units in its first year, while Sony’s PS Vita is projected at 12.4 million sales by the end of the year), neither system can hold a candle to iOS, which has a predicted 2012 sales mark of 69.6 million iPad units alone. If Apple can prove itself to have both superior visuals and equal controls to the current handheld market, it will be a no-brainer for major developers to switch their platform of choice.

It will be interesting to see how many other factors play out (such as the fact that handheld console games cost over $35, while the most expensive iPad game costs $20), but for now, we see nothing but more money in Apple’s future. There are plenty of decent controller devices for iOS on the market, but if Apple can design one with enough appeal for hardcore game developers, it might deliver a staggering blow to traditional handheld consoles