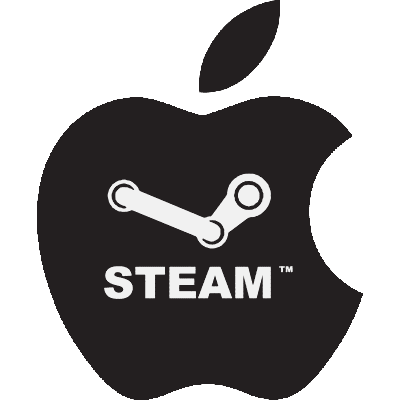 When you’re the CEO to the world’s largest company, people tend to take notice at every action you make. So when Apple’s CEO Tim Cook was reportedly spotted at game software giant Valve’s main offices this Friday, rumors began to fly. The largest amongst them, according to Cult of Mac, is the possibility that Apple is working on a home videogame console. While these kinds of rumors pass by all the time, Tim Cook’s meeting with Valve makes this story much more interesting.

The system itself, which is rumored to be an “Apple-branded, Kinect-like video game console”, is supposedly a part of an upcoming Apple television set. The TV, which would come with iTunes, a touch screen remote, and voice command technology, would be launched by the end of 2012.

Apple isn’t the only major electronics company in videogame console speculation spotlight, either. Just this February, Valve co-founder Gabe Newell dropped a hint that his company might invest in the home console market. This was followed by a rumor that Valve would be producing a console titled the Steam Box, which subsequently lead Valve’s marketing director, Doug Lombardi, announcing that Valve has no plans to ship a console anytime soon. Regardless, it’s very hard to overlook this new Apple-centric rumor in light of Gabe Newell’s original statement:

“If we have to sell hardware we will,” Newell told Penny Arcade Report. “It’s definitely not the first thought that crosses our mind; we’d rather hardware people that are good at manufacturing and distributing hardware do that.” Considering that Apple has grown to become the largest computer manufacturer and distributor in the world, we’d say it’s a match made in heaven.

That’s not the only sign of chemistry between Apple and Valve, either. Both companies respectively possess the two largest videogame distribution services in the world. Valve’s long-standing digital download program, Steam, serves over 40 million PC and Mac users worldwide. Apple’s App store delivers bite-sized gaming experiences to a user base of over 300 active iOS device owners. The combination of the most popular hardcore and casual game distributors in the world just might be upon us.

Whether or not these two electronics giants decide to join hands, a larger question remains: would an Apple-branded videogame console with motion controls be successful? While Apple could probably sell an empty tin with its logo on it to its dedicated fan base, it’s worthwhile determining whether or not a complete hardware package would be able to compete with the current market.

The rumored specific hardware category—motion controls—have a high success rate with today’s major consoles. Nintendo’s motion heavy Wii console has easily outsold its technologically superior PS3 and Xbox 360 competitors with over 95 million units shipped, but its sales have dropped dramatically over the past year in anticipation for their new console, the Wii U. Both Sony and Microsoft’s foray into the motion control market saw decent results. Sony’s Playstation Move and Microsoft’s Kinect motion device have shipped over 10 million units each in less than a year. What’s difficult to determine, however, is whether or not a consumer base exists for a fourth such device.

Another interesting notion is the drastically different consumer demographic between Apple and Valve. The iOS gaming platform has long been emphasized by casual titles like Angry Birds and Fruit Ninja, while Valve has catered to the hardcore gamer for decades with franchises like Half-Life and Counter-Strike. While the combination of these two very differently focused companies could reach a very broad potential reach, it might leave consumers confused.

Regardless of whether or not the rumor pans out, it’s very interesting to see these two companies meeting. Even if an Apple-branded, Valve-supported home console never sees the light of day, a stronger integration between hardcore and casual gamers is likely upon us.

Big Fish Games One Day Sale: Buy one get one free Collector’s Editions