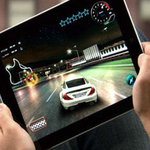 Did you have a good weekend? The iPad 3 certainly did. Earlier today, during the same conference call that announced the start of Apple’s new dividend and share repurchase program, Apple CEO Tim Cook stated that the company enjoyed a “Record weekend.”

Apple won’t disclose any exact numbers, but the term “record breaking” insinuates that the iPad 3 had a better launch than the iPad 2. Again, Apple wouldn’t share its numbers, but analysts have guessed that the iPad 2 sold over 1,000,000 units on its opening weekend.

We probably won’t be hearing any exact iPad 3 sales numbers from Apple, period, though the company will definitely be glad to tell us when the device has crossed certain sales milestones over the coming months. In the meantime, Apple promises that it’ll keep on innovating, though tech critics have generally pegged the iPad 3 as a minor upgrade over the iPad 2 (one with an admittedly sweet screen).