Apple gets ready to talk iPhone on October 4th 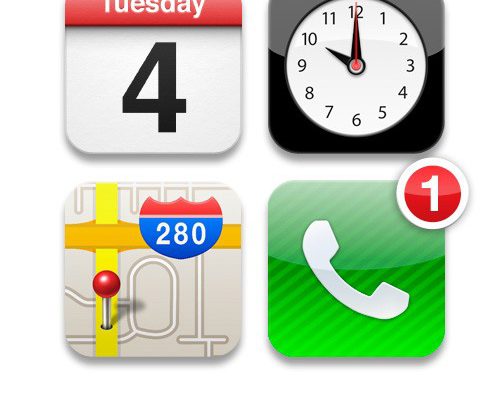 Fall is a pretty exciting time in the tech world. The leaves are changing color, new games and gadgets are prepping to hit store shelves, and Apple holds a great big press event. Typically this press event is all about music and their iPod/iTunes brands, but with their usual early summer iPhone announcement not taking place this year, there was a lot of speculation that we’d see the latest iPhone model unveiled this September. And while September will have turned into October by the time it takes place, it looks like next week’s presser is going to be all about the iPhone.

But what will the announcement be?

There are a lot of rumors circulating, but the most obvious one is that October 4th will be the public debut of the iPhone 5. Yes, the prototype for this year’s model was apparently left in a bar just like last year, but unlike the iPhone 4 debacle (which I’m pretty sure we can all agree was a publicity stunt), the iPhone 5 situation seems to be a little more authentic. How so? No details of the phone ever surfaced or were sold to the press.

Still – that hasn’t stopped rumors from flying over the last year. Everything from a bigger screen to a panoramic camera have been suggested. You could fill a book with the things people are convinced they’ll see in this phone, but needless to say, the iPhone 5 announcement is the biggest rumor going about this upcoming press event.

Could it be discontinued? It seems highly unlikely, but even Steve Jobs himself described the device as “training wheels for the iPhone.” And Android – their main competition – seems to be doing just fine despite a general lack of decent non-phone devices.

Still – it seems unlikely that parents would buy an iPhone for their young kids as easily as they might an iPod Touch, so I’d have a hard time believing they’d be phasing it out completely. Unless…

There have been two rumors circulating for the past few months. The first is that we’ll see an iPhone mini of sorts debut alongside the iPhone 5. Most commonly referred to by speculators as the iPhone 4S (S meaning small), it’s intended to fill that empty spot in their mobile line-up for customers on a tight budget. Likewise, there’s been talk of the iPod Touch getting 3G like the iPad, which would give consumers the luxury of connecting to the internet on the go without paying for a phone service (just a data service would be required).

It seems to me that both of these rumors are similar enough – a stripped down iPhone or a souped-up iPod Touch – that we’re bound to see something in between the Touch and the iPhone happen on October 4.

Back in March when the iPad 2 was unveiled, I predicted that Apple would sync up the release schedule for the iPad and iPhone so that new models would offer virtually identical features, with neither device needing to play catch up with the other. I’m standing by this claim, but at the same time, I really don’t expect the iPad 3 to be announced right now. Instead…

I think we’ll see a cheap iPhone announced, a lot of hype about iOS 5, and… that’s it. There will probably be some chatter about how you can get iPhone to connect to Apple TV (anything to help drive sales of other devices), but all in all, I wouldn’t expect the iPhone 5 to make an appearance.

It’s a bold statement, and I’ll probably be proven wrong, but it just doesn’t make sense to me that they wouldn’t line up their announcements for iPhones and iPads going forward (and there’s no way they’re announcing a new iPad this soon).

Be sure to check back with us here at Gamezebo on October 4th, when I either admit that I’m wrong and spill the beans on the iPhone 5, or triumphantly declare myself the Nostradamus of the tech world.