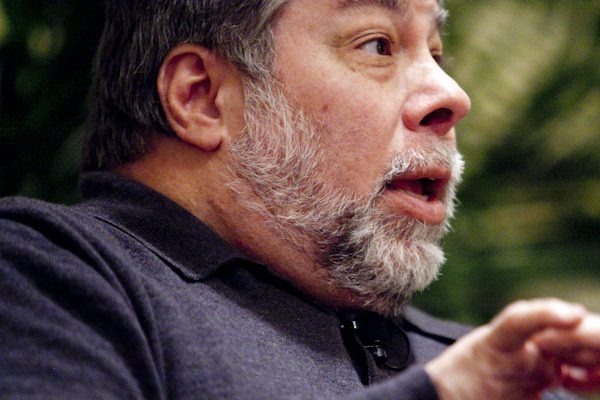 As one of the founders of Apple, you might think that Steve Wozniak would be in love with the iPhone. If so, you might be shocked to learn that Woz also uses the Android-powered Motorola DROID RAZR, and that in his opinion, Android trumps iOS as an operating platform in a few different ways.

“My primary phone is the iPhone,” Wozniak told The Daily Beast in a recent interview. “I love the beauty of it. But I wish it did all the things my Android does, I really do.”

These things, Wozniak tells the Beast, include better voice control (he feels Android trumps Siri in this department) and navigation options. And while he feels that the iPhone “is simple to use and does what you need it to do,” he says about Android “if you’re willing to do the work to understand it a little bit, well I hate to say it, but there’s more available in some ways.”

Ultimately though, where The Beast’s article gets really interesting is in it’s discussion of the potential threat Apple faces from Android, and how the inevitable showdown between the two is strikingly similar to the Windows/Mac showdown that Microsoft won in 1990’s.

Both then and now, Apple has kept its OS tied to proprietary hardware while the competition licensed out their software to a variety of manufacturers. Unlike Apple’s battle with Microsoft though, Woz reckons that while Windows was an inferior product to Macintosh at the time, “there’s not as big a difference [between iOS and Android] as there was between Mac and Windows.” And ultimately, he says, developers are happier with an environment where they aren’t as slowed down by the bureaucratic process as they are on iOS.

When Woz speaks, will developers listen? If you’re a developer working in iOS and Android games, be sure to leave a comment and let us know how comfortable you are with the systems the two competing platforms have put into place.

[The Daily Beast via Know Your Mobile]

The most negative article you’ll read about Zynga today

Survey: 75% of game developers using or planning to use HTML5