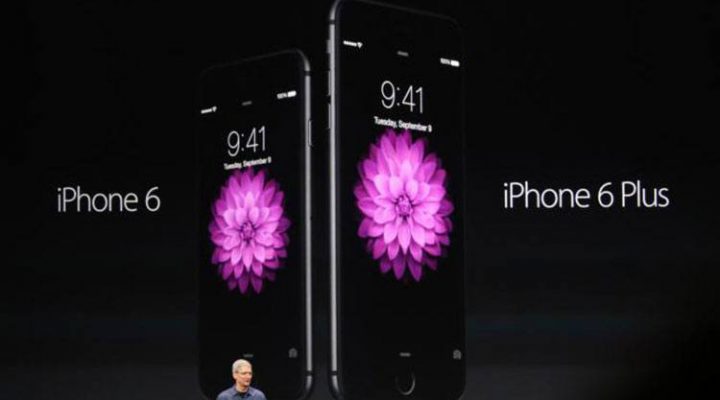 iPhone owners who’ve been jealous of the competition’s bigger screens in recent years can finally say “me too!” At today’s Apple event, the company unveiled the iPhone 6 and the iPhone 6 Plus, the latter being a smartphone with a 5.5 inch display.

By comparison, the iPhone 5 has a 4 inch screen, so it’s a pretty big jump. The 6 is larger than the 5 as well, sporting a 4.7 inch display. And they both sport what Apple is calling “Retina HD” displays, so… bigger, sharper, better.

Wondering about the competition? The Samsung Galaxy S5 has a 5.1 inch screen, and the Galaxy Note 4 has a 5.7 inch screen. Just something to keep in mind if you’re phone shopping.

The iPhone 6’s will also sport a new chip – not a terribly big surprise, I know. Apple is boasting that the A8 will outperform the chip powering the iPhone 5S significantly: 20% faster CPU, 50% faster graphics.

So how does that translate to actual gameplay? Those in attendance were blown away by how smoothly the demoed game ran. This year they chose to showcase the new iPhone’s power with Super Evil Megacorp’s upcoming MOBA Vainglory, which until now had only been announced for iPad.

The new iPhones have plenty of other features and perks, but as far as what gamers care about, “screen,” “performance,” and “surprises” are the only things that were on our radar. And so far, no surprises.

Both the iPhone 6 and iPhone 6S have a release date of September 19th. Pre-orders start this Friday, September 12.

Not looking to upgrade? Here’s some good news: iOS 8 will launch on September 17th, supporting everything as far back as the iPhone 4S and the iPad 2.

Where to Watch Apple’s iPhone 6 Livestream