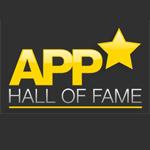 Last month, 148Apps founder Jeff Scott launched a website devoted to showcasing the best the app world has to offer, App Hall of Fame. Today Apple has unveiled a list on the App Store with a similar name and a similar intention. Coincidence? We reached out to Jeff Scott to find out.

“I think the first thing to remember is that we must assume that the ‘App Store Essentials App Hall of Fame’ is likely a temporary and static feature, much like every other feature we’ve seen in the iTunes App Store,” says Scott. “We don’t plan on doing anything further to distinguish ourselves from the one that Apple has published, but we should be around much longer.”

Longevity is a key to the Scott’s App Hall of Fame. Every month a panel of experts and enthusiasts (full disclosure: the author of this post is amongst them) get together and vote to determine which 12 apps are worthy of entry into the Hall. If Apple’s feature ends up being as temporary as Scott thinks, then longevity is the one thing it’s lacking.

“In the end, the App Hall of Fame provides a service that Apple doesn’t, a monthly updated list highlighting an additional 12 of the best apps ever created. Those apps are chosen by the people that know apps best, the people that write about them every day. We have no idea how Apple’s list was chosen, but can assume it was mainly based on sales.”

But that still doesn’t address the uncanny parallel in naming. Was it coincidence? Or does the App Hall of Fame founder believe it was something more?

“From what I’ve heard, Apple had a list of what they wanted to be essential apps for new device buyers. They needed a catchy name for that list and that likely triggered something that someone had seen about the App Hall of Fame and they went with that. Was this a purposeful act by Apple to upstage the App Hall of Fame? I doubt it. Careless act though, without a doubt.”

With its second month about to get underway, Jeff Scott’s App Hall of Fame is already looking to the future. “In addition to our support for iOS apps in the Hall of Fame, we will be expanding the App Hall of Fame to other platforms, as needed. This includes our already announced support for Android in early 2011.”

If you were on the Hall of Fame committee, which games would you vote for?

Dying for Daylight: An interview with Charlaine Harris