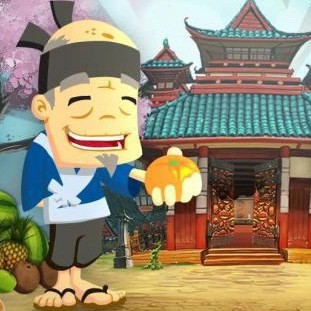 Ape Entertainment continues its mobile IP landgrab with the announcement that it will produce a Fruit Ninja comic.  That’s the third IP in what feels like as many days.  Ape Entertainment kicked off this series of announcements with news that SQUIDS, a story heavy strategy game, would see the comic treatment.  Then there was Temple Run, a slightly less likely choice as it is a game nearly devoid of story.  Ape’s treatment of Fruit Ninja is even odder, as Fruit Ninja is about a disembodied sword slicing up flying fruit.

What exactly will a Fruit Ninja comic look like?  Well… who knows.  Ape Entertainment’s CEO David Hedgecock says, “Fruit Ninja is a mobile masterwork and we’re very excited to turn every slice of juiciness into a comic series fans will love.”

Snarkiness aside, Ape’s choice to expand the universes of story-lite games like Temple Run and Fruit Ninja may actually be a great idea.  Ape’s writers won’t be constrained by existing lore.  They’ll essentially have free reign to write whatever they like.

Will we see any more comics announcements from Ape Entertainment this week?  My bets are on Draw Something.