Anuman Interactive launches the Microïds – Games for All brand 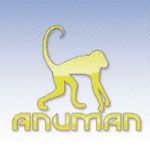 Anuman Interactive, the French publisher that purchased Syberia developer Microïds in 2009, has launched a new video game label called Microïds – Games for All in a bid to target a wider audience while cementing its status as a mass-market publisher and main player in the adventure games market. The new label will include games such as the upcoming casual adventure XII: Lost Identity.

“This label brings together all Anuman Interactive video game business, with the exception of adventure games based on Microïds’ traditional major licenses,” said Eric Nguyen, Anuman Interactive’s Marketing Director. “As the name suggests, it’s focused towards all types of gamers, from beginners to skilled players and from new to retro gamers, and comprises games such as Moto Racer 15th Anniversary, XIII and future title Barbarian.”

Added Anuman Interactive CEO Stephane Longeard: “In the eyes of the gaming community, Microïds is a strong brand based on major adventure video game licenses like Syberia, Amerzone and Still Life. Yet as far as Anuman Interactive is concerned, it’s a brand that goes beyond that. It symbolizes the strong commitment we’ve made to developing our video game business worldwide, not just in adventure games but in other areas too, a commitment that’s reflected in the name we’ve chosen for this new label.