Anticipated ARPG Catopia: Rush Has Soft-Launched in 150 Regions, Check Out the Latest Trailer 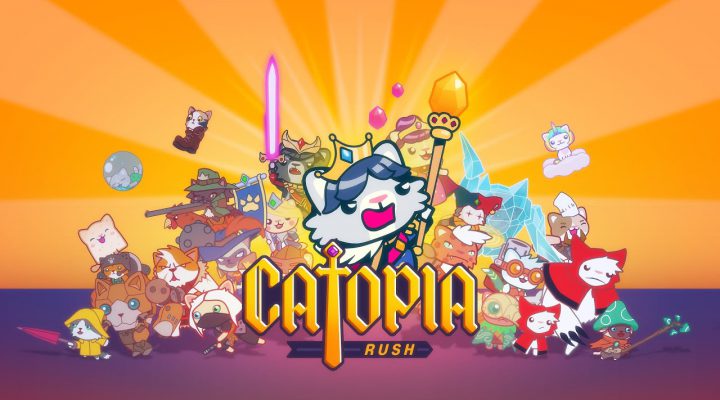 Catopia: Rush, the hugely anticipated cat-themed ARPG from Supercolony, has just arrived in 150 countries as part of its soft-launch. We’re not going to list them all, for obvious reasons, but we can reveal that the US and Japan are currently excluded. Sorry guys.

In case you’ve somehow missed it, Catopia: Rush is a portrait-oriented action-RPG in which you play as a Hero Cat alongside a team of three feline allies. Your Hero Cat automatically attacks while not moving, a bit like in a MOBA, leaving you free to concentrate on evasion.

It’s a neat twist on traditional hack-and-slash ARPG gameplay, forcing you to approach stages and boss encounters in a different way than you might in, say, Cat Quest. If you’ve played Archero, you’ll know roughly what to expect.

Catopia: Rush has already undergone an open beta involving more than 29,000 players. As a result its Hero Cats have acquired new special moves, while the game has acquired special stages, a scoring system, and more.

Plus, the team composition has received a total overhaul, with Ally Cats now falling into various different class-based archetypes like Tank, Support, Warrior, and Mage. Interestingly, the only cat that can take damage is the Hero Cat, adding bullet-hell to the list of genres the game cleverly incorporates.

While you’re waiting for that date to roll around you can watch the trailer above, follow the game on Twitter, Instagram, and Facebook, enjoy this fun meme-inspired song, and read the “funny, yet wholesome” Catopia University webcomic, created by artist Nanhee and published for free on Tapas and Webtoons.