Anticipated Adventure Game Sequel Mr. Pumpkin 2: Walls of Kowloon is Out Now for iOS and Android 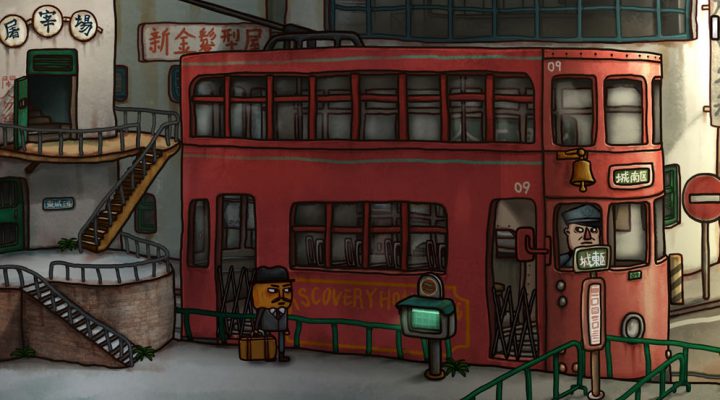 Mr. Pumpkin 2: Walls of Kowloon, the eagerly anticipated sequel to 2017’s Mr. Pumpkin Adventure, is out now on mobile.

As the title suggests, Mr. Pumpkin 2 is set in Kowloon Walled City, an infamous settlement that stood until the authorities razed it to the ground and built a park in the 1990s.

Kowloon Walled City was dark, dirty, and essentially lawless. It was also the most overpopulated place in the world, with 50,000 residents crammed into an area the size of an average city block.

It’s an inspired setting for a video game, and developer Lilith Games has really made the most of it. Kowloon Walled City is treated almost as a character in itself, looming over the other characters’ lives and providing you with your central gameplay goal: to leave.

If you ever played a point-and-click adventure game, you know what to expect. You’ll go from screen to screen chatting with characters, exploring, looking for stuff to pick up or interact with, and generally solving problems.

Mr. Pumpkin 2 looks a lot like Machinarium, which is no bad thing in itself, but the game also has its own vibe. The characters you’ll meet are well-rounded and diverse, and the puzzles are diverse too. You’ll do everything from finding and fetching to solving self-contained Layton-style puzzles.

We’re impressed by the narrative side of Mr. Pumpkin 2. It seems keen to get across not only the difficulties living in a place like Kowloon Walled City, but also the positives. While there are sneering criminals and despondent paupers, there are also cheerful business owners and likeable gangsters.

More importantly, there’s plenty of well-crafted point-and-click adventure gameplay. Mr. Pumpkin 2 looks is a stylish and accessible adventure game, and you can pick it up for right now on Google Play and the App Store for $1.99.

Rocky Rampage: Wreck ‘em Up, Out Now, is an Addictive One Touch Casual Game