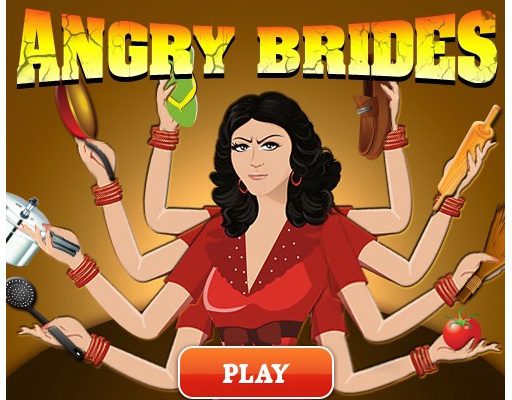 Indian marriage site Shaadi.com is hoping to raise awareness for the issue of dowries with a Facebook spin on Angry Birds.

Dubbed Angry Brides, the game is quite simple, having players throw everyday objects at a wide range of potential grooms. Each groom has a dowry price, and hitting them will drive that price down, with the funds shifting to an “anti-dowry fund.”

Ultimately, the goal of Angry Brides is to raise awareness for an important issue in Indian culture.

“According to the [National Crime Records Bureau] ‘s 2007 statistics, India witnesses one dowry death every four hours!” explains the game’s Facebook page. “This is creating a serious imbalance in the male:female ratio in India. According to the 2011 government consensus, India has only 914 girls for every 1,000 boys!

“The Angry Brides game is our way of throwing a spotlight on the nuisance of dowry.”

You can play the game on Shaddi.com’s Facebook page.