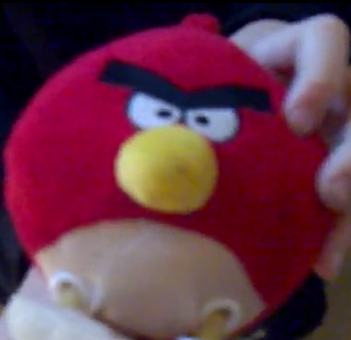 Remember a few weeks ago when some pictures of supposed Angry Birds plush toy prototypes surfaced on the internet? It looks like it’s time to fire up the toy rumor mill again, as the bloggers at Touch Arcade were tipped off to a new video that claims to showcase prototype Angry Birds slingshot toys in action.

Much smaller than the plush toys in the photos that surfaced last month, players will pull back on the bird with one hand while the thumb on their opposing hand pulls what appears to be a rubber band of sorts. Once released, the bird will soar through the air and hit its target.

What’s interesting isn’t only the toy – it’s the source of the video. The YouTube account this was posted on belongs to one Monty Munford, a tech journalist who makes regular contributions to TechCrunch. Considering that Monty has a stellar reputation, it would be highly unlikely that he’d post up a video claiming this was an Angry Birds prototype toy without it being the real deal.