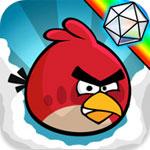 Ever wonder how Angry Birds can stay so consistently popular on the App Store? Asides from a few days here and there, it’s been the top-selling app on the iPhone week after week since its release last December. I’ll let you in on a little secret to how they keep winning folks over time and time again – regular updates.

The team at Rovio are always working on new content for Angry Birds, and today’s release of v1.3.3 has brought some of that to the App Store. The latest update brings a whopping 15 new levels to the game, as well as new themes, new golden egg levels, a Crystal update to better challenge others, clearly defined reward messages – and best of all, a level designed by Rovio’s biggest fan, a 5 year old named Ethan.

Fans of Angry Birds HD on the iPad have received an update today as well, bringing them all of the additional content that was provided in earlier iPhone updates. This means 45 levels, new themes, and a new bird – the toucan.

Haven’t tried Angry Birds yet? Be sure to read our review!